A strong fire broke at an industrial facility in North Bucharest on Friday, close to an area known for its office buildings. Thick smoke prompted authorities to issue a warning for people not to spend time outside in the Baneasa-Pipera area and vicinity. 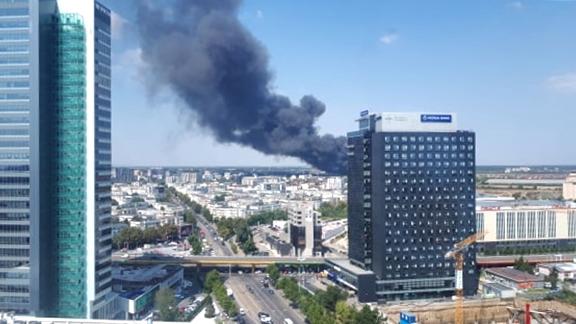 Firefighters were quick to announce that the fire was under control with no risk to expand to nearby buildings.

A cloud of thick black smoke could be seen from many areas in Bucharest and nearby towns. Firefighters explained it was caused by the foam used in the structure of the building.

A metal constructions warehouse was reportedly hosted at the facility.