The largest and more visible flow of faeces in a decade has hit the lake Snagov near Bucharest, an NGO has warned. It says the event was possible because "nobody reacts" to whatever happens in the area. 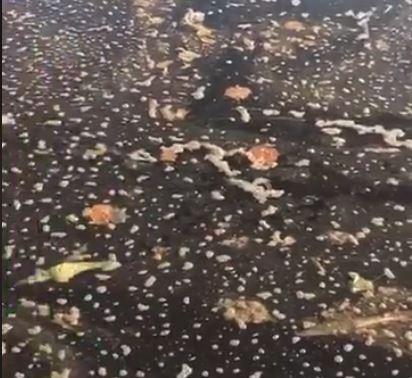 The Snagov Foundation published footage filmed by sports people training on the lake. It said the leak of excrements was spoted on a portion of the lake separating two villages in the area, which has been known for a series of sports bases and tourism attractions including ta 14th century monastery.

The Foundation said the incident could happen because nobody is reacting to such events. It said it had notified the local authorities, Romanian water administration authorities and the gendarmes about the case.