A man died and another was injured following a violent conflict between two rival gangs in the Constitution Square, a key spot in downtown Bucharest. Of extraordinary note is the location, as the area is surrounded by the headquarters of key institutions of state authority. 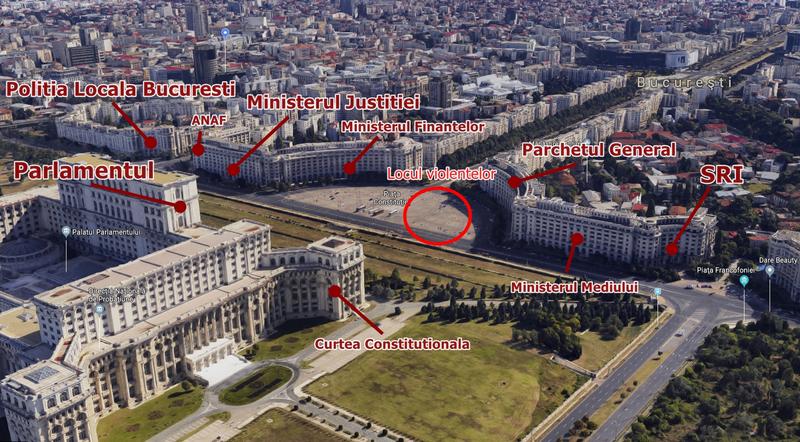 The police said they intervened within minutes since the start of violence during the night of Sunday to Monday.

On a radius of just several hundred meters, the area is surrounded by: the Parliament Palace - the imposing edifice dwarfing the Constitution Square and the nearby buildings; the Office of the Prosecutor General; the Justice Ministry; the Romanian Intelligence Service.

The Bucharest Local Police is also headquartered in the proximity.

And the Square is also surrounded by buildings hosting fiscal authority ANAF and the Finance Ministry, among other institutions.

The square facing the Parliament Palace is a major tourism spot and a place of meeting for Bucharest youngsters as it often hosts shows, concerts and other events.