Huawei Vice-President Caherine Chen on Romania aligning to US stand on 5G: company trusts access to 5G would not be cut

Huawei Vice-President Catherine Chen hopes Romania would not align to the US position on banning the access of the Asian giant to building 5G networks in Romania, but would act based on facts, tests and risk assessments. The way that, she says, is pursued in countries like Britain, France or Germany or by the European Commission. 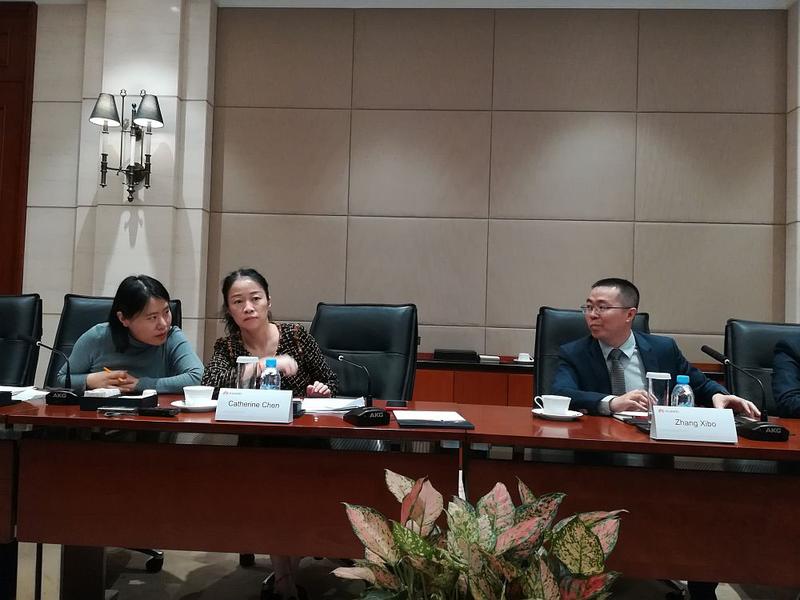 The Huawei representative held a meeting with Romanian media on Wednesday on limitations imposed by the Trump Administration and on the 5G Memorandum Romania and the US have signed earlier this year.

The meeting was attended by George Zhang, the general manager of Huawei Romania.

Romania, then Poland and Estonia have signed memorandums with the US on 5G network security, which apply restrictions when it comes checks of 5G providers. US officials have already stated that the goal of the document in Romania's case is for the country to become "Huawei free".

Catherine Chen said she did not believe the issue was cyber security. She said no evidence of backdoors on Huawei equipment, no major incident involving the company's equipment and no cyber attack using it have been reported so far.

She claimed that picking Huawei for developing the 5G networks shouldn't necessarily matter, but what mattered was that Romania develops this new technology fast so that it do not fall behind other states. She noted in this regard that the company has been present in Romania for over 17 years.

She said the company would invest even more in cyber security and technologies.