A Hunedoara, Romania-based plant controlled by ArcelorMittal has threatened to suspend production as a reaction to market conditions and high energy prices. The threat came a day after Romanian PM Ludovic Orban himself also talked about state assistance that should be given to siderurgic and petrochemical companies because of high energy and natural gas prices. But official figures are different than those circulated by the PM and ArcelorMittal. 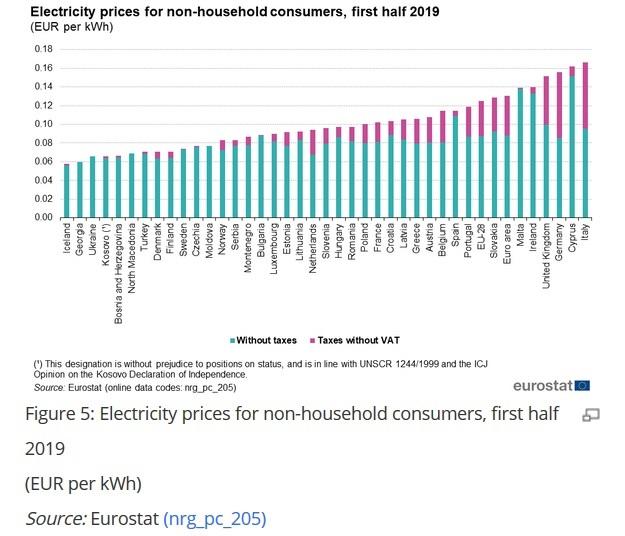 Ludovic Orban has said that prices in Romania were almost double the ones in Germany. ArcelorMittal claims the same, that energy and gas are significantly higher here than in Germany or France.

But the numbers are contradicted by Eurostat data, which show that both gas and electricity prices are way higher in Germany and France than in Romania.

Prices are considerably lower in Romania especially for household consumers, but for industrial consumers - the area of interest for ArcelorMittal - prices are also below France and Germany, Eurostat data for S1 of 2019 show.

ArcelorMittal said production at the Hunedoara factory, which employs 640 people and has 200 contractors - was suspended starting December 1, 2019.