Deloitte study: more than half of the local companies have plans to reduce carbon emissions, which will be funded mainly from internal sources and EU funds

More than half (54%) of local companies are planning to reduce carbon emissions, according to the latest edition of the Deloitte CFO Survey Romania, conducted among over 100 CFOs based in Romania. Almost a quarter of the respondents (24%) stated their companies planned to reduce own emissions by 50% or more, whilst 16% planned to achieve up to 50% reductions and 14% have set even higher targets of net zero emissions. This places Romania above the Central Europe average, where only 41% of the companies located in the 15 CE countries participating in the survey have a specific plan to reduce their carbon emissions. 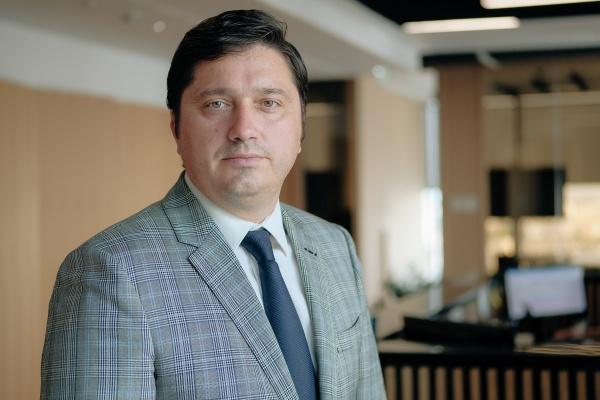 Local companies operating in the manufacturing, financial services and consumer business industries are more proactive, having developed tailored decarbonization strategies, the report shows. At the opposite end, companies operating in fields such as technology, media and telecommunications, energy, utilities and mining have yet to establish the foundation of their zero carbon pathways.

A third (33%) of the surveyed companies with plans to reduce their carbon emissions have set 2030 as a target for achieving their objectives, a percentage that is similar to the one reported in the other CE countries participating in the survey (31%). A small share of the participating companies which have plans in this respect said they had already achieved their decarbonisation goals (3%, both on a local and a regional level).

When it comes to benefits of climate strategies, what CFOs participating to the survey value the most is the opportunity to save costs derived from more efficient energy consumption, including heating and cooling (55%), and the prospects of offsetting increasing costs in the future driven by higher carbon prices and cost of capital (36%). Innovation (35%) and reputation (34%) are the next two motivating factors for companies when it comes to climate action, while the need to comply with regulations was highlighted by 33% of the Romanian CFOs and the need to adapt to clients/customers’ requests was indicated by 22% of respondents.

The costs associated with the transition to a more sustainable economy include the ones for recycled materials, for adjusting production and processing to higher standards of sustainability, for determining traceability of products and ensuring adequate auditing of these processes, the report explains. Among the types of financing that companies in Romania consider for tackling climate change, the preferred one is internal funding (77%), followed by EU funds such as the National Plan for Recovery and Resilience and the normal multi annual programing cycle (32%), while smaller shares consider bank loans (17%) and issuing green bonds (9%).

"In Romania, the interest for green financing is growing strong among companies and authorities, as it is seen as one of the key pillars for decarbonizing the economy. According to the National Bank of Romania, credit institutions’ green exposure has more than doubled between 2015 and 2021, reaching RON 5.1 billion which amounts to 4% of the total exposure to non-financial companies. This growth is accompanied by an ever-evolving regulatory environment and assessment criteria for what constitutes a loan or bond as «green». In order for companies to remain market-attractive on the long term and to be able to finance the transition to sustainable operations, they must take action now," stated Sorin Elisei, Director, Deloitte Romania, leader of the sustainability and energy practices.

The survey also shows that the most popular actions taken or planned by local and regional businesses in order to reduce their carbon emissions are reducing in-house emissions through incremental change (62%), followed by developing new climate friendly products and services (41%) and reducing carbon emissions in the supply chain (35%).

Deloitte CE CFO Survey is based on a research conducted among more than 600 CFOs based in Albania, Bulgaria, Bosnia and Herzegovina, Croatia, the Czech Republic, Estonia, Hungary, Kosovo, Latvia, Lithuania, Poland, Romania, Serbia, Slovakia and Slovenia.