VIDEOREPORT The war on Europe's border

Two days before we arrived in eastern Ukraine, two soldiers were killed in a rocket attack. A few hours before, another military man was killed. On the day we reached the front, in Svitlodarsk, four bombings shook Ukrainian positions and one soldier was injured and rushed to the hospital. These things happen almost every day on the line of contact between the Ukrainian forces and the Russian-backed forces. Almost 1,000 bombings this year alone, although officially, in the Donbas area a ceasefire is active. Ukrainian officials, but especially the military on the front, do not shy away from saying it: Ukraine is at war with Russia, a war that is still going on day after day, in which military and civilians die, on both sides, a war that has caused almost two million people from Donetsk and Luhansk to abandon their homes. 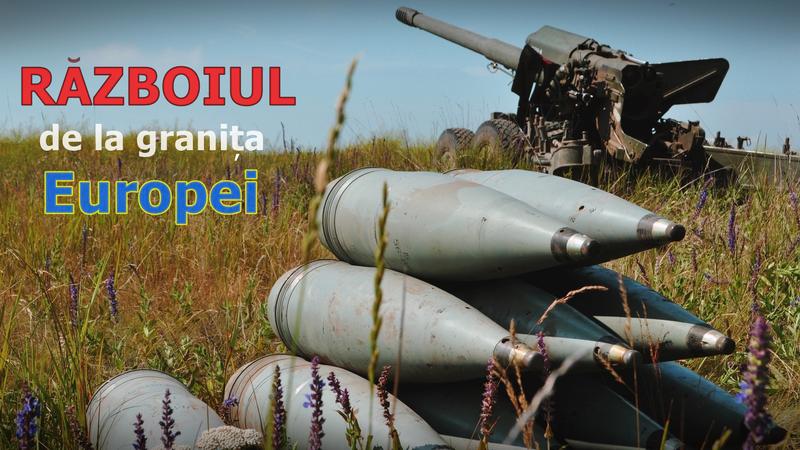 Many believe that in eastern Ukraine there is no longer an open war and that all the clashes that began in 2014 have meanwhile turned into a frozen conflict. In fact, despite all the ceasfires adopted, dozens of attacks and bombings take place daily. And on both sides people die almost every day.

Basically, at the moment, Ukraine has no control over most of two counties (oblastas) - Donetsk and Luhank. About two million people have left their homes behind, and another few millions live in areas where there is virtually no law.

Russia is directly involved, no matter what the Kremlin would support - say Kiev oficials without hesitation. They also give numbers: over 2,000 Russian officers are directly in command of the approximately 30,000 mercenaries fighting in the Donbas area. Russia also supplies them with weapons, ammunition and other supplies - tanks, rocket launchers, armored vehicles, heavy weapons - and all are massed in eastern Ukraine.

In addition, several tens of thousands of Russian soldiers, thousands of tanks, armored vehicles, helicopters and fighter jets are located on Russian territory, on the border with Ukraine. There they carry out exercises regularly and can be mobilized within 72 hours to intervene in force in Ukraine if need be, say Kiev officials.

While we were in Ukraine and near the conflict zone, two questions were repeated obsessively. "Is this a war or not?" And "Is Ukraine at war with Russia or with mercenaries / separatists / terrorists?".

"God forbid you should see this on your lands. God forbid this should ever go beyond Ukraine. Then you will find out if this is war or not" - was the desperate response of one Ukrainian soldier from the front line.

PS. Since July 6, when HotNews.ro reached the eastern front of Ukraine, up until now, five other Ukrainian soldiers have been killed in attacks. From July 21 a new truce has entered into force. Although new bombings have not yet been reported, two Ukrainian soldiers died on Sunday in an explosion caused by a mine planted in the past by pro-Russian forces...

Watch the videoreport and read more details about the Ukrainian-Russian war here:

Original version of this article (in Romanian), appeared here.