Romanian president Klaus Iohannis retains a major lead against other candidates in public support prior to presidential elections due to take place later this year, according to the latest poll produced by pollster IMAS for radio station Europa FM. Way behind him, an opposition leader comes second place, while Viorica Dancila, the Social Democratic PM recently nominated as presidential candidate, comes fifth. 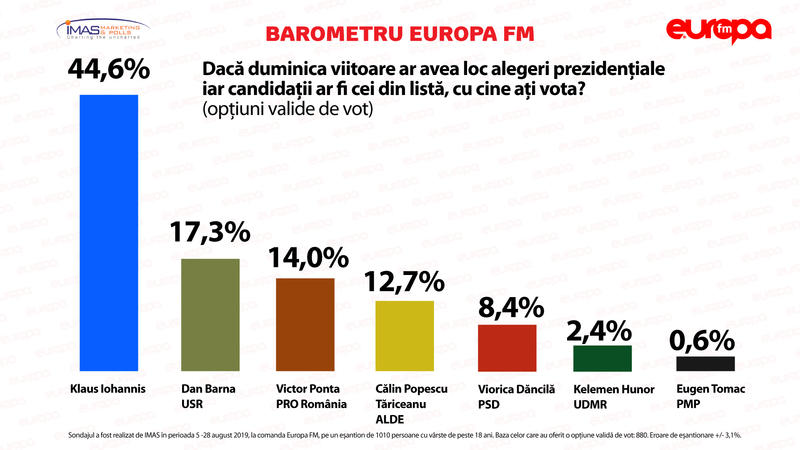 Iohannis has the support of 44.6% of voters in the poll, which was done between August 5-8. At the time, Viorica Dancila was not yet nominated by her PSD party to run for presidency. Since then, her governing coalition has also split, with minor partner ALDE opting to ally with another political group.

In the poll, Iohannis is followed by Dan Barna, leader of the opposition Save Romania Union (USR) with 17%. Third comes Victor Ponta with 14%.

And PM Dancila, the leader of the governing PSD, comes fifth with 8.4%.