A censure motion tabled by the opposition Liberals against the Social Democratic (PSD) government of Viorica Dancila was read in the Parliament on Thursday morning, with a vote due next Thursday. The reading took place a day after the opposition manage to outmaneuver the PSD in scheduling of the procedures, a move seen as proof that the government has lost support in Parliament. 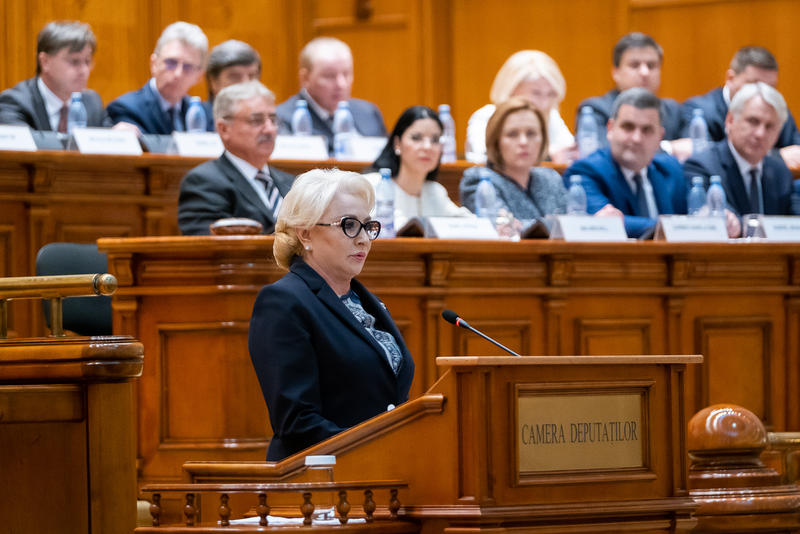 The Liberals accused the PSD of trying to push the vote to weekend days, but eventually managed to prevent that, showing the weakness of the PSD voting machine in the Parliament. The battle led to Dancila to accuse the opposition of opportunism and "pile of interests".

The attempt to remove the government in a censure motion comes as Romania readies for presidential elections, in which Dancila runs against President Klaus Iohannis. Dancila comes fourth in the polls, with Iohannis holding a clear lead.

The motion is called "Dancila Government has to be dismissed urgently so that Romania be rebuilt!"