Incumbent president Klaus Iohannis has been facing increasing pressure over his refusal to meet challenger Viorica Dancila in a debate prior to the second round of presidential elections. Iohannis, who rejected all offers to confront other candidates prior to the second round, said he saw no point in a debate versus Dancila this time around either. 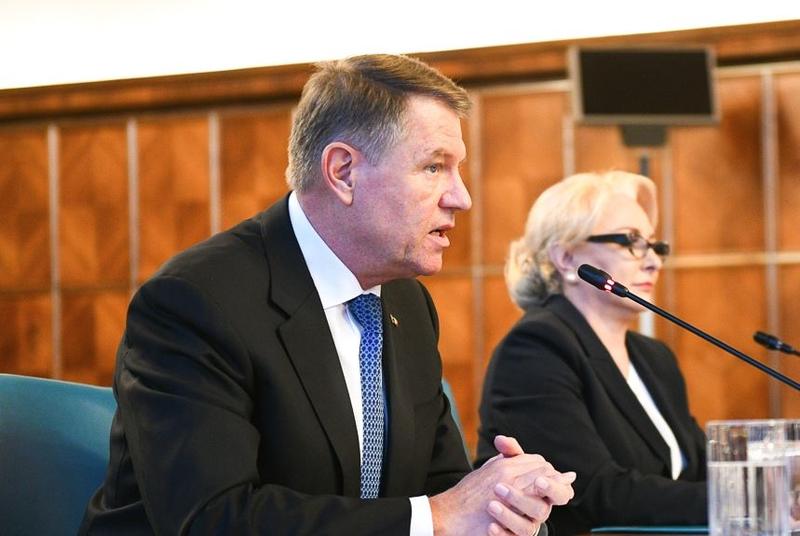 Iohannis and Dancila will face off in the second round of elections within two weeks, after they came first and second respectively in the first round of the presidential poll last weekend.

Iohannis is seen as a clear favorite against Dancila, whose Social Democratic Party (PSD)-led government of the past two years years has caused massive unrest, especially with its policies on justice affairs.

Iohannis' camp has insisted that a debate with Dancila would bring nothing new to the table.

But calls by Dancila herself for him to not shy away from confrontation are now joined by calls by analysts, voters and media commenters, who point to Iohannis' democratic "duty" to show up and answer questions from rivals and the electorate.

At least one academic institution also offered to host a debate - given that both candidates used to be teachers in their cities of Sibiu (Iohannis) and Videle (Dancila).

And on Tuesday people dug up statements made by Iohannis himself in 2014 when he was first elected president. At the time, his rival Victor Ponta, seen as a favorite, refused initially to join a debate, prompting Iohannis to accuse him of "arrogance".

Also on Tuesday, Ludovic Orban, the new prime minister and the leader of the Liberal (PNL) party, who backs Iohannis for Presidency, offered to face Dancila in a debate himself, to discuss the "disaster" she left behind when her government was dismissed in a censure motion last month.