A refusal by President Klaus Iohannis to face his challenger in the second round of Romania's presidential elections has caused widespread discussion about his (non)democratic behaviour. But in a meeting with the press on Wednesday, he made the debate even more complicated by explaining he refused to discuss with and thus legitimise someone who represents an un democratic party. 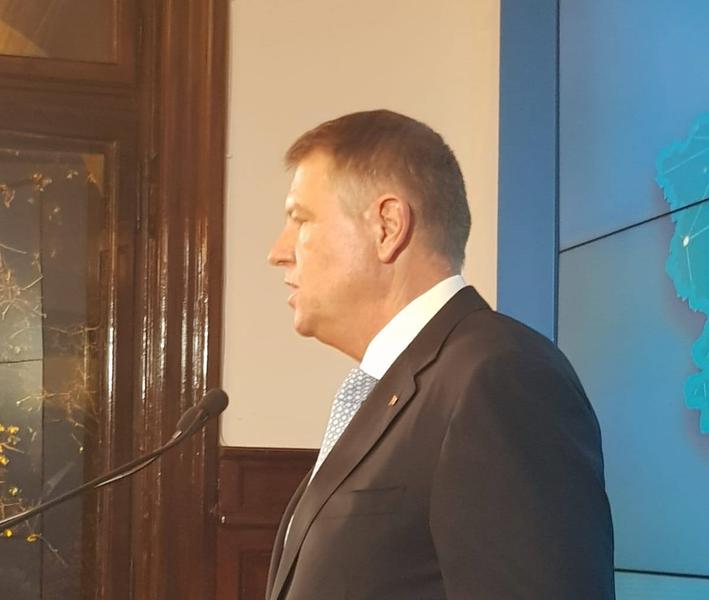 Incumbent president Iohannis, a clear favorite in presidential elections, won the first round last weekend and is due to face ex-PM Viorica Dancila, leader of the Social Democrats (PSD), in the second round on November 24.

Throughout his campaign so far, he refused all interviews, debates with other candidates and press conferences and only made press statements - especially in the circumstances of a recent replacement of government: the Liberals (PNL), Iohannis' political supporters, took over government after Dancila's PSD government was dismissed in a censure motion earlier this fall.

Iohannis has constantly avoided confrontation. He made it an ostansible strategy as the campaign for the second round of elections started, when he came under pressure for refusing a debate. He was criticising of dodging accountability, of ignoring the interests of voters and of avoiding challenging situations at the cost of democratic process.

But on Wednesday night he attempted to change the trend by showing up for his first press conference in the campaign.

He took all questions from journalists and explained his view: by accepting a debate with Dancila, he would legitimise the "despicable behaviour" of the party she represents, the PSD.

Iohannis - who for the past three years generally resisted attempts by the PSD to change the rules of the judiciary and its attacks on the rule of law - said he would not meet someone he saw as an "active part of all of PSD's boorish acts" and an "active supporter of attempts to take control over Justice".

He said he regretted naming her as a prime minister in early 2018, but that he could not have rejected her given that she did not have a criminal record or a history of undemocratic actions.

Dancila answered later on Wednesday by accusing the president of "monstruous arrogance". "We saw a president who tells us his only accomplishment was to have brought down a legitimate government," she said.

She repeated her calls for a debate and said she hoped Iohannis would find the "wisdom and courage" to accept it, offering to face each other on the public TV channel on Sunday.