The custom of the biggest political party in post-Communist Romania, the Social Democrats -PSD, long seen as inheritors of the former Communists - is to remove their leader following a defeat in presidential elections. On Sunday night, as PSD's candidate Viorica Dancila suffered a significant defeat against incumbent, Liberal president Klaus Iohannis in presidential elections, knives were sharpening again within the party. 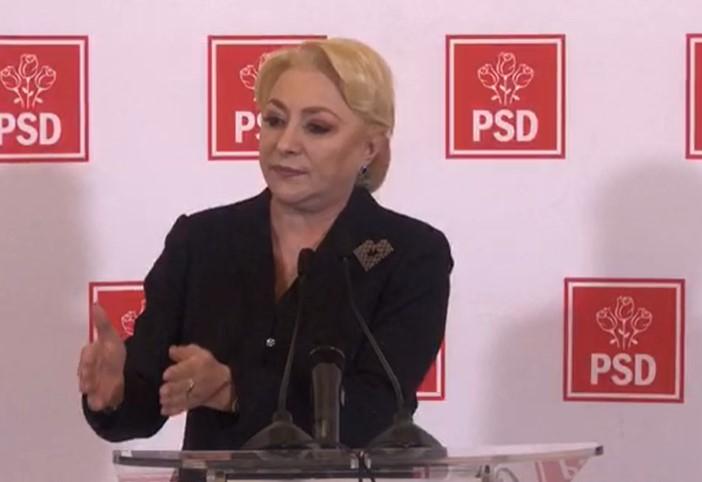 Dancila herself said after exit polls were announced that she would not resign as party leader. She said that should fellow PSD members want her replaced, then a party congress had to be organised.

She said local PSD leaders from regions where she and the party lost ground on their turf, as the candidate to presidency can't win when they lose in local areas.

But she said focus should go now to the party now in power - Iohannis' Liberals (PNL) - and to "active opposition".

Later into the night, Viorica Dancila announced she summoned the leadership of the party for a session of talks on Tuesday afternoon.

But before then things were already moving as early as Sunday night.

Party sources have told HotNews.ro that the leader of a local branch, House speaker Marcel Ciolacu, has talked to Dancila about a silent take-over of the party leadership.

The same sources said Gabriela Firea, the PSD mayor of Bucharest, was also interested in running for the party leadership, with support from another influential local leader of the party, Paul Stanescu.

According to the sources, Ciolacu reportedly offered Dancila to withdraw as party president, so that the party named him interim president, while she would be offered a seat of MP in the 2020 general elections. This, they said, would avoid tension and a possible extraordinary congress.

Meanwhile, yet another leader of an influential party branch, Niculae Badalau, was among the first to fire in the showdown, saying that the campaign staff and the leadership of the party were to blame for the loss.

And political calculi became even more tangled when Dancila announced that a controversial political leader who had largely withdrawn from public eye for years, Gabriel Oprea - a former minister in several governments - with a long series of scandals on his name, has been serving as deputy vice-president of the PSD.