UPDATE ​Censure motion against Liberal government to be read in Parliament

A censure motion tabled by the opposition Social Democrats (PSD) against the Liberal (PNL) government of Ludovic Orban is to be read in Parliament on Monday, with a vote due to take place later. The motion is key to how the government would evolve in an election year, considering growing pressure in favor of early general elections. 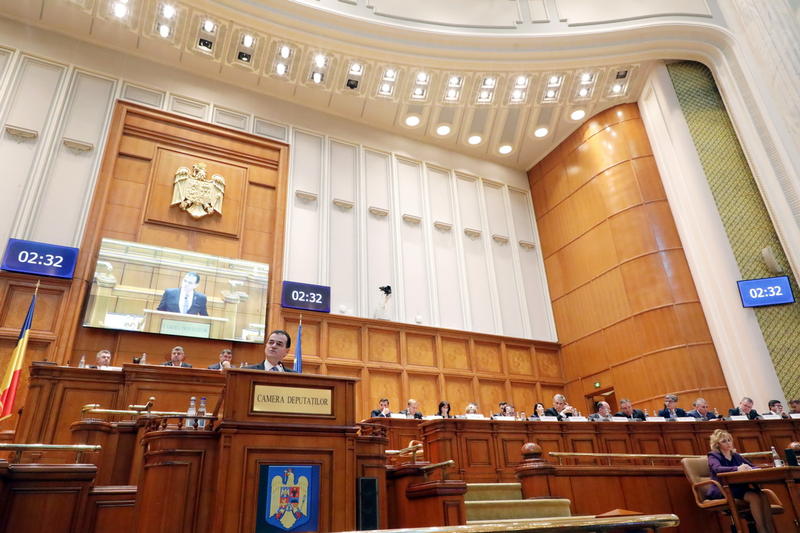 PM Ludovic Orban said Sunday that he gave no chance for the motion to pass, as, he said, the Social Democrats and the other supporters of the motion, the Hungarian Democrats (UDMR), have nobody to further negotiate to pull it off.

But the interim leader of the Social Democrats Marcel Ciolacu had said he only needed a single more vote to secure support for the bill. Ciolacu also warned his party's MPs that an absence from voting the motion would prompt their removal from electoral lists in upcoming elections.

Talk of early elections as a way to secure a stronger support for the Liberal government - which leads in opinion polls - have been growing since the start of the year. But means to prompt such an early poll are very few, and the fall of a government by means of censure motion is one of them.

Still, there are many implications that would see MPs wanting to avoid an early poll that would put an early end to their terms in office and the government appears to resist censure motion pressure.