Romania's governing National Liberal Party (PNL) would receive the vote of 47.4% of Romanians, should general elections take place next Sunday, according to a new poll. THe study, ordered by pollster IMAS for Europa FM radio channel, shows a boost of up to 2 percentage points from the month of December. 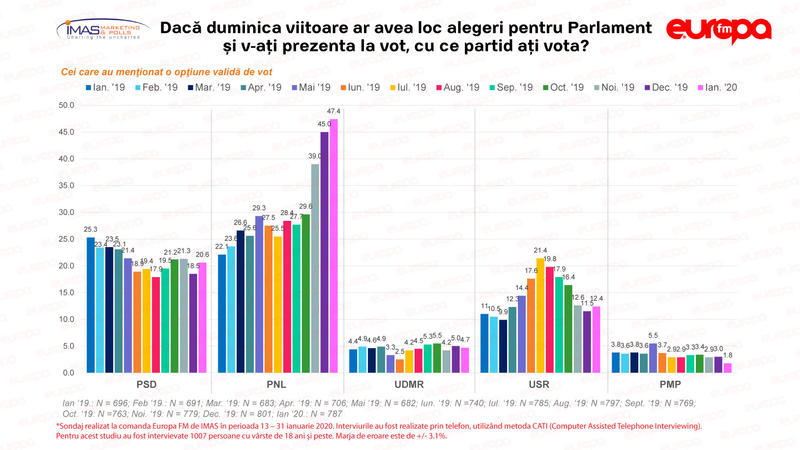 PNL has climbed to government late last fall as the previous Social Democratic (PSD) government was ousted in a censure motion.

PSD comes second in the IMAS poll, based on data collected in January, but at a wide distance with a voting intention of 20.6% among the population. It is 2 percentage points up from the previous month.

Up - by 1 percentage point - is the third biggest party, the Save Romania Union (12.4%). Their PLUS allies would be voted by 3.4% (stationary) of the people.