The deputy of the US Ambassador to Romania, Abigail Rupp, was taken off stage by the Turkish consul to the SE Romanian city of Constanta as she was preparing to hold a speech on religious freedom at an event of the local Muslim community. The Embassy said the incident was regrettable. 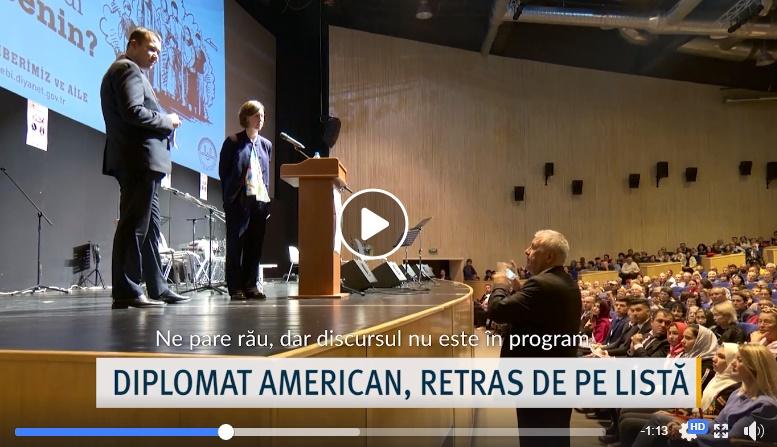 The US diplomat walked on stage to hold her speech during a symposium of the Muslim community in Romania, organised in collaboration with the Turkish Consulate to Constanta and the Religious Services Attache.

After moments of confusion, the diplomat thanked the audience for hospitality and walked off.

US Embassy representatives said it was regrettable that representatives of the Turkish government objected publicly to the role of a high representative of the US. The US officials said the diplomat was prevented from speaking at an event celebrating religious freedom and diversity values that the US is sharing with Romania.

Meanwhile, the Turkish Consulate said the US representative had not been invited to the event and that is why the consult "politely explained" the situation to the US diplomat and asked her to show understanding and not hold her speech.