Russian Ambassador to Bucharest Velery Kuzmin was summoned urgently to the Romanian Foreign Ministry on Tuesday over a recent, unprecedented attack on the Custodian of the Romanian Crown, HM Margareta, official sources have told HotNews.ro. 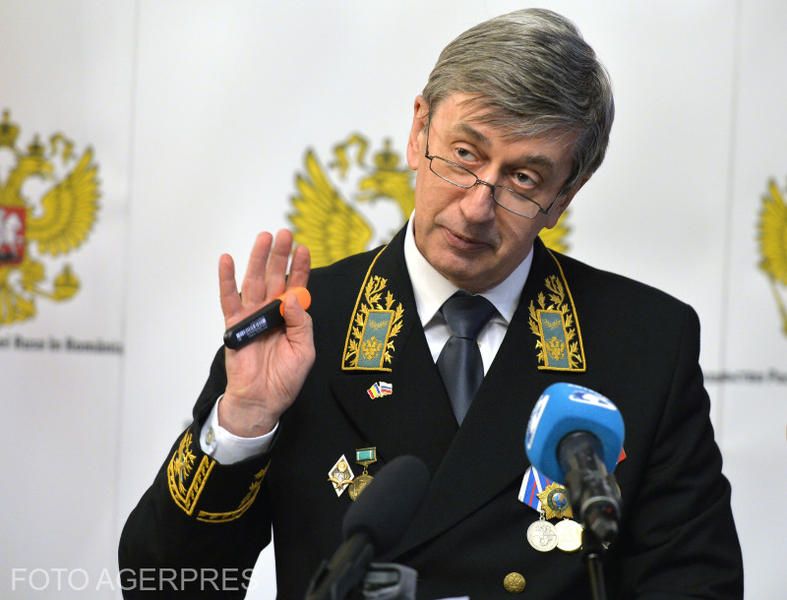 UPDATE In a statement later on Tuesday, the Foreign Ministry said that it has pointed that the position of the Russian diplomatic mission was unacceptable. It said it re-affirmed the importance of avoiding non-constructive rhetoric and the need to maintain public discourse within the usual diplomatic limits to avoid a negative impact on bilateral relations.

The Embassy replied even later into the evening by saying it was ready to describe its position in a press conference or "round table", taunting NGOs to "try and demonstrate the correctness" of statements made by the Custodian of the Romanian Crown.

In a Facebook post on November 22, the Russian Embassy published a so-called "comment for the press" titled "On historical and geo-political phobias of the Romanian Custodian of the Crown".

It used the message to answer a speech held by HM Margareta before diplomats the night before.

The Embassy Facebook post says that "in the spirit of the most serius historical phobias still fueled in the "Old Kingdom", no less significant than the Western mainstream fake news producing industry, the Custodian of the Crown decided to try the 'mantle of geo-political strategist' who cares not only about the security and welfare of their own state, but at least of half of Eurasia and of the whole Euro-Atlantic area.

Unfortunately, as compared to the grandiosity of the plan, the proposed conclusions and recipes proved to be painfully primitive and easy to recognise".

In her speech the day before, Crown Custodian Margareta supported Romania's stand as a North Atlantic ally and spoke of Russian attacks on neighboring and other countries.​