In interview with Tass, Romanian ex-President Iliescu calls for normal relations with Russia

Romania's first post-Communist President Ion Iliescu, who hasn't showed up in public for two and a half years, has given an interview to Russian state-controlled agency TASS in which he spoke, among other things, of the importance of more normal relations between the two countries, Romanian news channel Digi24 reports. 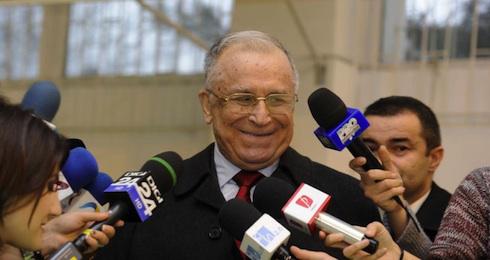 The journalist who interviewed Iliescu notes that the former president did not have public appearances lately but made an exception for the TASS correspondent.

Iliescu is a Russia-schooled former Communist official who took over power after the toppling of the Ceausescu regime in December 1989. He established and was the first leader of what is now the Social Democratic Party (PSD) and served as president between 1990-1996 and 2000-2004.

Iliescu, 89, last appeared in public in March 2017 when he showed up at the Prosecutor General following a subpoena in a case related to the crimes committed during the 1989 revolution.

In the interview, as quoted by Digi24, he said current relations between Romania and Russia could not be described as normal under any criterion and that Romanian politicians should understand the importance of normal relations with Russia.