If thousands of Cubans think of the 12 months of 2010 as a period of sustained beating, they will not find 2011 any better. The year is going to thrust them into a much deeper suffering and a lot more is to be expected. 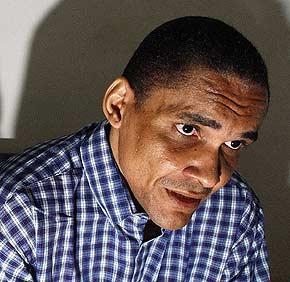 The predictions made at the start of the year 2011 are not better in the sense that Cuba would finally leave behind the air of doom and anxiety. Quite the opposite: Cubans must be ready to face a new series of existential problems that will affect a significant number of people, pushing them to the edge of the society.

It would be foolish to think that half a million workers that are to be laid off in the next 6 months could make their living as self-employed.

The fact that the opportunities for self-employment have been slightly broadened does not mean that all of the workers affected by lay-offs will have enough skills and resources to use them to fight their gloomy situation in the context of a crisis that is sure to drag on for several years.

The government officials assure that nobody will be left to their fate; however, such statements seem to lack substance when checked against the reality that brings so many difficulties and complications.

Financial insolvency, serious structural unbalances, extreme bureaucratization, lack of ambitious programs for foreign investments as well as unwillingness to break the obsolete mental schemes that still thrive in the heads of many influential top leaders, all of these factors have now conspired to hinder the process that the highest governmental authorities still refuse to call the "transition". Leaders and spokesmen maintain that they are only making changes to improve the existing system.

It seems as if they wanted to coat socialism with a layer of efficiency. Their efforts have not only come late. They could also be thought of as wrong, if we are reluctant to openly admit that they are part of an absurd project inevitably doomed to failure.

Capitalism has already set its heart on assaulting the Cuban nation. There is more than sufficient evidence that the attack will be brutal and that there will be but a few means of defence.

One of the guarantors of the success of the attack is the very General Secretary of the government's Cuban Workers' Federation (CTC), Salvador Valdés Mesa.

In the equation we are making, we should identify the ones who have the exclusive right to amass fortunes proceeding from the basic processes of market economy that are, little by little, replacing the failed five-year plans and other initiatives, due to which the Cuban production got gradually bogged down in the mud instead of catching some fresh breath.

After capitalist mechanisms take over (which, by the way, are still stigmatized by the government), the upper and the middle class that will emerge will be first and foremost formed by the military, both active and retired, and high bureaucrats and officials of various ranks.

The way they passionately reject capitalism only adds up to the camouflage they have created to cover the incoming capital, to make it as discrete as possible, so as not to frighten the victims too much.

The union leader of the Cuban Workers' Federation has no fear to favour the reforms that will give another twist to the existence of the majority of Cubans.

The elite is reluctant to assume a truly revolutionary stance that would undo all the knots tying the hopes and capabilities of citizens, allowing them to obtain a better standard of living.

Quite a lot self-employed people can't help imagining the high taxes that will be imposed and the legions of inspectors ready to carry out their checks to extremes. The chains of slavery should remain efficient.

The official labour union prefers to say nothing or, if it makes some comments, it is to disparage the bitter pill that thousands of workers will receive. It promises impossible alternatives and whitewashes the meaning of another chapter of the catastrophe, whose end is still far.

About the author:Cuban poet and journalist Jorge Olivera was sentenced to 18 years in prison for giving the true information about the real Cuba. He was arrested together with other 28 independent journalists during the so called Cuban Black Spring in 2003, when there was a crackdown on the Cuban opposition. He was sentenced in 24 hours without the possibility to talk to his defender. In December 2004 he was released on medical parole – he almost lost his sight and his health conditions were rapidly worsening. Now, Jorge Olivera Castillo is a head of unofficial PEN Club Cuba.