Former Foreign minister Mihai Razvan Ungureanu, who's been serving as chief of the Foreign Intelligence Service, has been designated new prime minister of Romania following Emil Boc's withdrawal on Monday. Ungureanu said today that his key objective for the moment was the quick formation of a new government and pointed out his ideological options "were always Right-leaning". 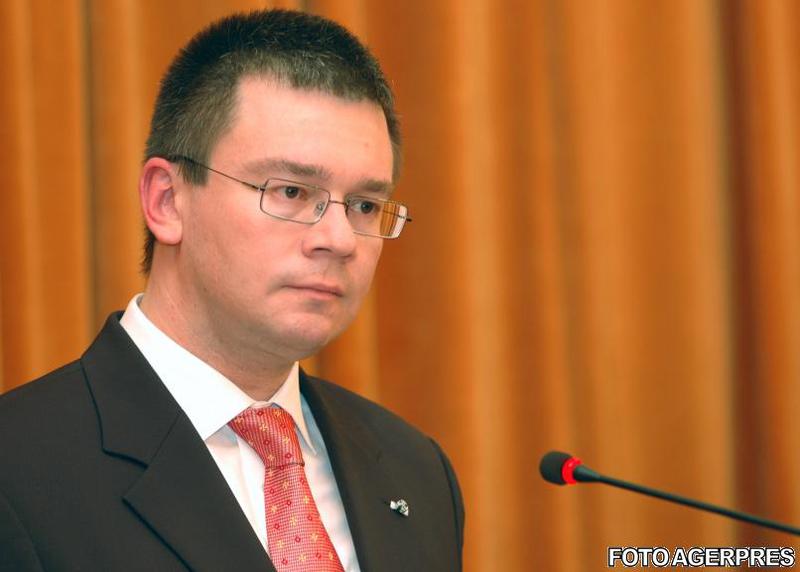 Mihai Razvan Ungureanu said on Monday that serving as PM was a great responsibility that he undertook and that he had the experience of two institutions which, under his management, modernized and improved their performance - the Foreign Ministry and the Foreign Intelligence Service.

He said his political independence provided the necessary grounds for him to fulfill his term and promised to continue reform. He said the government needed the trust of Romanian citizens and pointed out that his ideological options have always been leaning to th Right.

President Traian Basescu made a press statement on Monday evening saying that he's been having talks with PM Emil Boc since December 2011 about the possibility that his government step down, but that the decision was postponed "due to national interest reasons".

That is, because in December it was found to be very hard to secure a parliamentary majority, because the Parliament was on leave in January and because an IMF evaluation of 2011 was later due, Basescu said.

Basescu said parties forming the current governing coalition opted to keep it in place and push a new prime minister.

Mihai Razvan Ungureanu, 43, has a PhD in history, studied at the History Faculty in Iasi, at Centre for Jewish and Hebrew Studies. He served as Foreign minister between December 2004-March 2007. He is married and has one child.