Goliat, Romania's first nano-satellite developed by a research consortium led by the Romanian Space Agency, was launched from the Kourou base in French Guyana on Monday morning as part of the first flight of VEGA rocket of the European Space Agency. 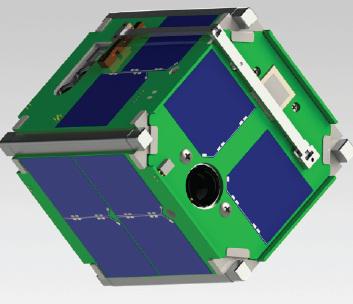 Goliat, weighing 1,062 grams, was conceived and developed by ROSA in collaboration with the Space Sciences Institute between 2005 and 2007. The launch was broadcast live on the European Space Agency website (www.esa.int) and on spacealliance.ro/goliat/.

The Romanian satellite performed the tests and was integrated on the launcher along eight other satellites at the ESA space center in French Guyana. It is developed according to the CubeSat international standard and aims at delivering high resolution images and radiation and micro-meteorites flow measurements. It is also due to transfer data to ground stations for analysis and scientific dissemination.

An important component of the launch was the development of the ground infrastructure in two different locations - the Magurele platform near Bucharest and Marisel in Cluj county, Romania. The communication centres include radio equipment, antennas and systems due to be used during the operation phases of the satellite.