Romania's Parliament voted in favor of a censure motion against the current government led by Traian Razvan Ungureanu on Friday. The vote of 231 MPs was needed for the government to pass. 235 voted in favor of the government of a total of 248 votes. The Ungureanu Government thus loses the confidence of the Parliament in a motion submitted by the opposition union of Social Democrats and Liberals (USL). Shortly after the vote, USL leader Victor Ponta declared that the formation was ready to form a new government. 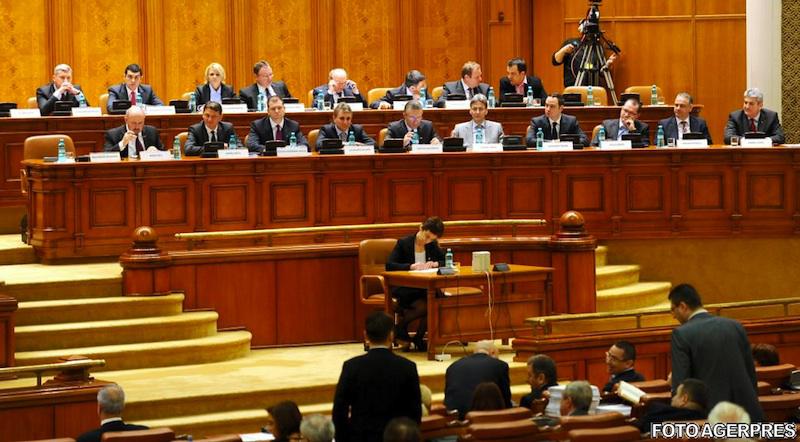 UPDATE The leader of the Democratic Liberals, Emil Boc, who led the government until Ungureanu took over as PM, said his party would not support another candidate for prime minister. He said those who voted for the motion in the Parliament today had to govern the country. President Traian Basescu meets political leaders on Friday evening over the formation of a new government.

248 MPs were present for the procedure, of a total of 460. Most MPs of the governing coalition of Democratic Liberals and Hungarian Democrats did not attend the vote.

It was the closest vote over a censure motion in the Romanian Parliament ever. Over the past several days, several MPs of the governing coalition defected to join the opposition USL. Early on Friday, USL needed only 4 votes to reach the threshold for the motion to pass and for the government to fall. USL even managed to bring to the Parliament an MP with a medical condition who showed up in wheelchair and another who had left for the US to attend his daughter's wedding.

Scenes of an MP crying and of deputies changing sides in the last minute could be seen in the Parliament before the Friday vote.

The government led by Traian Razvan Ungureanu lasted for less than three months. It was named into office shortly after popular protests hit Bucharest and other Romanian city in January.

Shortly after the vote, Ungureanu said it was an exercise of democracy with all its facets and that "this is not my last word". He did not elaborate on the meaning of his statement.

Ungureanu, who prior to taking over the government was head of the foreign intelligence office, has hinted for the past month that he would not exclude a more active role in Romanian politics.

"USL is decided to assume the reigns of the government until elections. I, [Social Democratic Party, part of USL] PSD leader Victor Ponta, will pe the nomination of USL for the leadership of a new government", Victor Ponta said after the vote. He showed that should USL push for two governments which will not find the necessary support in the Parliament, early elections will take place.