Jonathan Stillo, the TB expert quoted in The Sun: I feel terrible, the whole thing was completely taken out of context/ It's not OK that they turned a public health problem into this anti-Romanian message

On Wednesday, The Sun published an investigation saying that Romanians coming to the UK starting 2014, when the "doors will open" will infect the British with a deadly TB superbug. Jonathan Stillo, the TB expert quoted by the tabloid, explained in an interview for HotNews.ro that everything he said was taken out of context and that it is very "frustrating" and "not OK" that they turned a public health problem into an anti-Romanians thing, given that Romanians aren't the ones infecting everybody with TB. 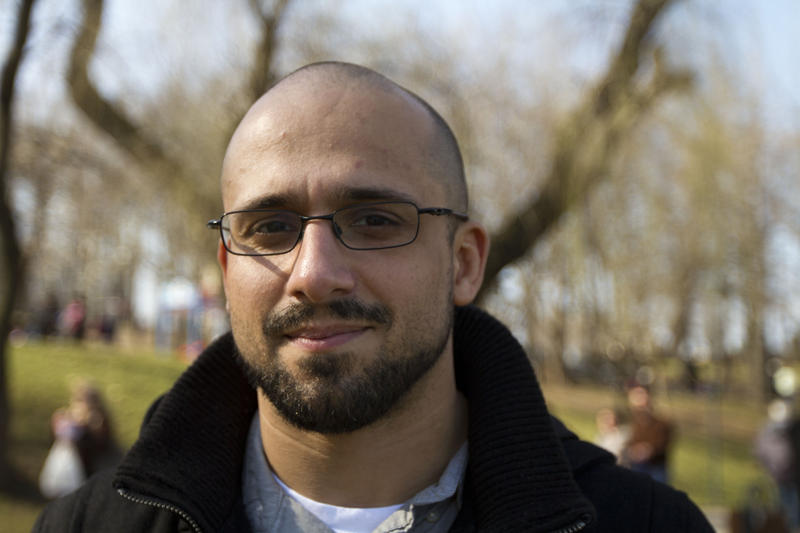 "This article was terrible. I got my first "hate e-mail" today from a stranger demanding I apologize to all of the healthy Romanian people. And I feel terrible because the whole thing was completely taken out of context and turned into this awful thing about immigration," he explained in an interview conducted over the telephone.

We've had a lot of journalists at the hospital (the "Marius Nasta" Institute), BBC was there and did a great story about three months ago. The problem before was that nobody cared about TB and to get even a school newspaper to write about TB was a victory. This was the first time someone turned it into a political thing.

I have this quote that says: "When the guy is sat on the Tube train it's too late. The estimate is that he's going to infect 10-15 people a year". Did you say that?

I did say that, pretty much everything I said was all part of a conversation that lasted for like 4 hours. And it's true, if someone has TB, the World Health Organization (WHO) estimates that each year they will infect 10-15 people and of those people one will develop active TB disease. They left that part out.

The way it goes is that the vast majority of people who are exposed to TB don't actually get TB. How could I be living at a sanatorium for months and not have TB? Each year someone who has TB will infect about 10-15 people. Most people, the immune system will make a "wall" around the bacteria and the lungs and won't get active disease. About one per year will.

From your quotes in the Sun you're basically sending this message to the British medical system: stay away from Romanians. How do you comment?

I was really angry about that. When you have a country that doesn't have a lot of TB cases - and the example I used was America - GPs aren't used to looking for the symptoms. TB looks like the flu. My point was that this was a problem that they should be aware of.

Realistically everywhere in Europe. Europe is the only region in the world where rates of TB are increasing, things are bad here, in other countries as well. Whereas in Africa they are decreasing.

So it's not the Romanians infecting everybody.

What would you change with regards to the message sent through this article?

I would remove everything about the danger of Romanians and Bulgarians. This is not about that. TB is a public health problem and immigration is a political issue. The two are not really linked. What I was trying to convey is that TB is a big problem in Romania and thus far treating drug-resistant TB has been a disastrous failure. What they left out was everything I said after that, that finally this year the Ministry of Health has acknowledged that this is something that needs to be dealt with. And there are a lot of promising things. We are going to fix this.

I also have this quote: "We don't know how many are carrying it. This is a risk for Britain".

I can't imagine me saying THAT. I don't spend a lot of time worrying about Britain. I am American, I've never even been there. I don't even care to go.

You can't put a wall around your country. There's really no proper way to contain this except properly treating people. Realistically the vast majority of people with TB in Romania are staying in Romania.

One of the problems in Romania is that not everybody is diagnosed. There are estimations that about 1300 people should be diagnosed with TB, this is what WHO says, but ROmania is only diagnosing 500. The rest are people that carry MDR TB and don't know. Now, walking with them on the street won't get you TB. Because it's pretty much impossible to get TB in fresh air.

That's an issue of diagnosis, of public awareness.

I love Romania, I've been visiting since 2001. It is my second home. I am trying to work fighting this disease and it is really frustrating that this would become political. I am bothered, when I saw my face in that article I said "I can't believe I am associated with this!"

The STOP TB Partnership is sending a short letter basically criticizing the article. It is not OK that they turned this public health problem into this anti-Romanians, anti-immigrants thing. It's frustrating.

"What I would like to tell Romanians is that I absolutely disagree with how hateful the tone of the article was. I love this country and I hope that when Romanians read The Sun article they will realize that the intention of the author was not to tell people about TB in Romania, but instead to make people afraid.

This is really shameful and I'm sorry to be associated with that. After watching so many patients die, the most important thing to me has always been to help Romania fight TB. That article didn't do anything to help," Stillo added in an e-mail.