Swedish company IKEA used to run business with communist Romania in the eighties, involving confidential overbilling operations which were joined by dictator Nicolae Ceausescu's secret service, the dreaded Securitate, according to documents consulted by HotNews.ro. Files available at the National Council for the Study of Securitate Archives show that at one point in the eighties the head of Romania's espionage, General Aristotel Stamatoiu, ordered a transfer of money to an IKEA account at East Germany's Bank of Foreign Commerce. The operation codenamed "Scandinavica" was coordinated by a foreign Securitate officer who now heads Bucharest football club Dinamo. 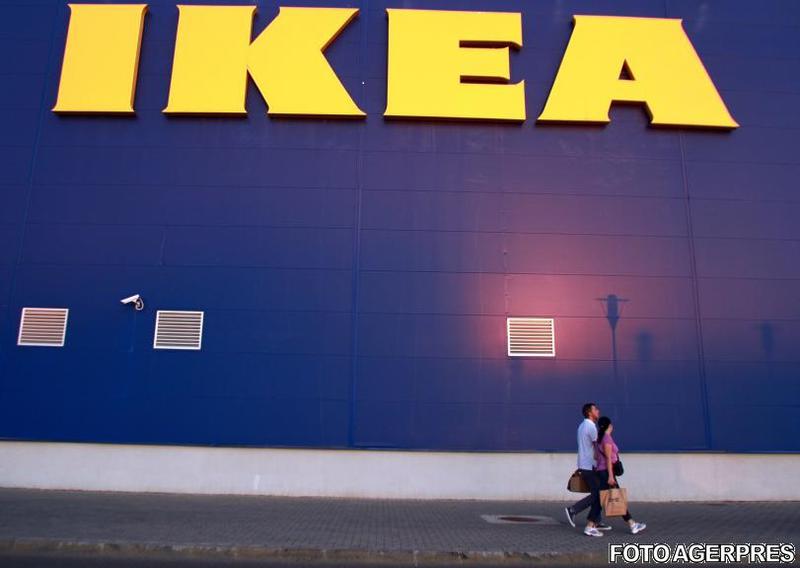 Several years after it was accused of using prisoners of East Germany secret police Stasi as labor force, new information shows IKEA was involved in business joined by Ceausescu's Securitate in the eighties.

According to records kept for almost 30 years at the Securitate and in the archives of the current Foreign Intelligence Service (SIE) of Romania, the Swedish company was involved in a special currency input operation named "Scandinavica". The operation was run by the Dunarea Foreign Commerce Enterprise (ICE Dunarea), a firm controlled by the Securitate where employees were Securitate officers.

Documents recently submitted by SIE to the National Council for the Study of Securitate Archives (CNSAS) show that Scandinavica operation lasted for at least two years, between 1985-1986. It involved a SEK 97 million contract, or USD 13 million dollars at the period's rate,. The contract was concluded between ICE Tehnoforestexport, a Romanian foreign trade company, and IKEA of Sweden. ICE Tehnoforest export was the enterprise of the Wood Industry Ministry of Ceausescu's Government.

The archived reports show that ICE Dunarea, the Securitate-run company, intervened in the deal. Available documents show deals between IKEA and ICE Tehnoforestexport, on one hand, and ICE Dunarea's intervention, on the other hand, but HotNews.ro did not find any document bearing signatures of both IKEA and Securitate representatives.

Documents show the "Scandinavica" operation was ordered on May 27, 1986 by a Securitate mayor codenamed Gelu Eftimie - whose real identity is now known to be that of Contantin Anghelache, currently executive chairman of football club FC Dinamo Bucharest. The order was gien as economic counterintelligence officers and officers of the Special Hard Currency Input Compartment of the Foreign Intelligence Centre (CIE) had learned that IKEA of Sweden company was interested in an operation for the overbilling by 6,2% of orders of furniture produced by ICE Tehnoforestexport.

The Securitate would eventually order the transfer of SEK 1.72 million (USD 240,000 at the rate of the time) in an account opened by IKEA at the Bank of Foreign Trade in communist East Germany.

The head of the "Scandinavica" operation is the current executive chairman of FC Dinamo Bucharest, Constantin Anghelache, who according to media reports is also the uncle of the "Negoita brothers", two Bucharest-based businessmen with strong political connections.

Contacted by HotNews.ro, Anghelache said he didn't know anything about the overbilling operations of the '80s, which he said were "technical foreign trade problems". He said he was no longer dealing with such things, as his focus was on football now. "They who talk about the past tell tales, they who talk about the future are dreaming, they who do what must be done today are realistic. I do what must be done today, I'm a realistic man", he said.

According to data found by HotNews.ro in the Securitate archives, IKEA started running deals with ICE Tehnoforestexport, the communist Romania factory, in 1981. The last references to the Swedish company are dated 1988. A Cologne-based user of LinkedIn network, Friedmann Kullmann, notes he workd as a manager for IKEA Eastern Europe in the Romanian city of Arad between 1982-1990.

IKEA was involved in deals with Romanians linked to the late Securitate after the 1989 revolution as well. In 2007, businessman Gabriel "Puiu" Popoviciu through Moaro Trading company opened the first IKEA store in Romania - a franchise. Popoviciu sold the store to IKEA Balkan in 2010. Popoviciu is the son-in-law of communist-era deputy PM Ion Dinca, who served in the government until December 1989. Popoviciu's wife was a counterintelligence officer, according to media reports.

HotNews.ro has tried to obtain a position from the companies managing the IKEA brand worldwide for a week. On April 9, the company responded that it was working on an answer but that, because it involved work with non-digitized archives, it would be unable to reply by April 11, the deadline proposed by HotNews.ro. HotNews.ro prolonged the deadline until April 15, but IKEA said at the time that it was still looking for the requested information, a job that it said was taken most seriously.