The Bucharest Tribunal decided on Friday evening that Mircea Basescu, Romania President Traian Basescu's brother, be placed in 30-day preventive arrest under traffic of influence charges. He is accused of receiving 250,000 euro from the son of anotorious underworld boss Sandu Anghel, locally known under the nickname of Bercea Mondial, in order to prevent a prison sentence for Bercea Mondial. 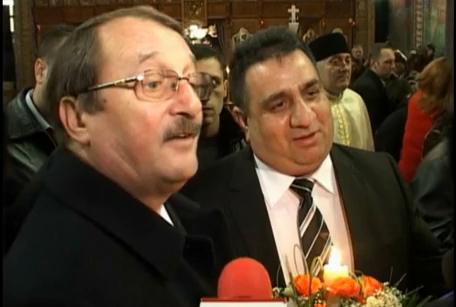 Mircea Basescu was retained late on Thursday. On Friday, the Bucharest court decided that he be placed under preventive arrest, a decision that can be appealed. News agency Agerpres quotes sources saying that during hearings today Mircea Basescu did not admit guilt in the case.

Officially, he is charged that between February 2011 and February 2012 he received 250,000 euro from Bercea Mondial's son, through an intermediary, in order to secure a favorable solution in a case in which Bercea Mondial was judged for attempted murder. Eventually, Bercea Mondial received a final sentence of almost 9 years in prison for stabbing a relative of his in a bar, in 2011. His son also received a 5 year sentence for complicity to murder.

Mircea Basescu's case is the latest of a long series of inquiries, arrests and sentences against high profile Romanian politicians, business people, judges or other prominent figures - including a former prime minister and two former ministers - under charges of corruption and traffic of influence. The current scandal comes as President Basescu's term comes to an end later this year.