Elena Udrea, a prominent politician who used to serve as Development minister years ago and ran unsuccessfully for presidency in 2014, shocked Romanian politics on Friday with an interview for HotNews.ro in which she made a series of allegations linking the Romanian Intelligence Service (SRI) with politicians, influential businessmen accused of corruption and controversial media owners. She came forward with the statements a day after she was placed under criminal inquiry under charges of money laundering and false wealth statements. 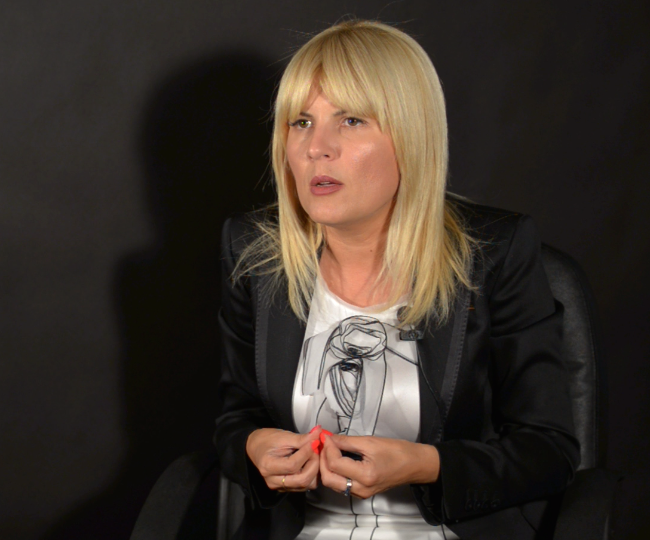 She said in the interview that he denounced interim head of SRI Florian Coldea at the National Anti-Corruption Department (DNA). Udrea claims Coldea - who served as deputy head of SRI until he took over as director following the withdrawal of the previous SRI chief several days ago - of asking her husband Dorin Cocos to give out 500,000 euro to media mogul Sebastian Ghita several years ago, in order to support a TV news channel Ghita had just established. She claims the money was eventually passed from Dorin Cocos throgh Cocos' son, Alin Cocos.

Udrea said in the context that she also "mentioned" DNA head Laura Codruta Kovesi - but did not specify where and what for she mentioned Kovesi.

Udrea also claimed she lobbied PM Victor Ponta - who she was opposing as a prominent leader of the opposition - to name Codruta Kovesi as head of the anti-graft body DNA.

In reaction to Udrea's allegations, Laura Codruta Kovesi told HotNews.ro that "it was not the first time when suspects under investigation make libelous allegations about me and I wouldn't comment".

For his part, Sebastian Ghita - an influential businessman closely tied to PM Victor Ponta and who has been serving as MP as part of Ponta's Social Democrats since 2012 - said he was surprised about the accusations and claimed neither Romania TV, nor Realitatea TV (another TV news channel from which Romania TV was split in a major media scandal several years ago) had any contract with Dorin Cocos or his firms.

And SRI's spokesman stated on Friday evening that the service would not comment statements made by suspects facing criminal inquiries, nor the situation of criminal cases to the preparation of which the intelligence service has contributed.