European Commissioner for Regional Policy Corina Cretu used Biblical teachings in a conference in Bucharest on Thursday to push the Romanian Government into giving proper attention to and accepting the importance of European financial instruments to support SMEs. He warned Romanian minister for European Funds Eugen Teodorovici that, in the words of Matthew, "from the one who has not, even what he has will be taken away". For his part, Teodorovici said that his government was working to create a state-controlled development bank to offer its own financial instruments to SMEs and other beneficiaries, in order to access European funds. 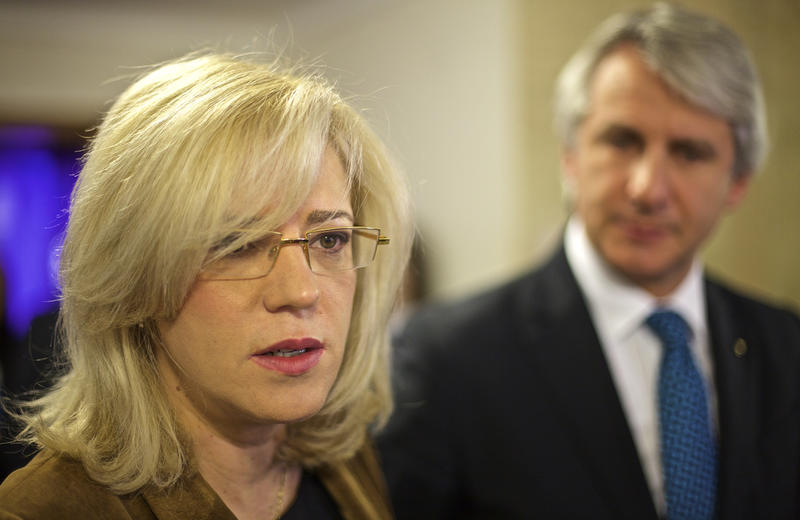 Romania will have EUR 4.4 billion available to fund SME's in various operational programs during 2013-2020, but in order to use this opportunity fully SMEs will also need to access their own funds to co-finance projects - and that is the main difficulty for Romanian small business owners, it was shown during the international conference Opportunities for SMEs Funding, organised by EurActiv.ro and the European Commission representative to Romania, in partnership with Telekom Romania.

Attending the event, Corina Cretu told minister Teodorovici that she knew there was caution in Romania about the use of financial instruments. And she said he found a teaching in this regard in the Gospel of Matthew. She used the Parable of the Talents in an attempt to have the Romanian Government understand the importance of financial instruments. And concluded with the warning: "from the one who has not, even what he has will be taken away".

"So, Minister, I believe we should learn to invest intelligently the little money that we have and not to bury it in the ground through grants, but multiply it with financial instruments".

She urged the Government to take measures to double the use of financial instruments in Romania.

For its part, the Government wants to be the one in control of the financial instruments for SMEs and other beneficiaries involved in European projects.

He said he wanted the future bank - a "promotional bank" - to have its institutional and legal framework in place by May or June this year.