Romanian President Klaus Iohannis has nominated Mihai Razvan Ungureanu, a politician who had served as prime minister and as head of the country's Foreign Intelligence Service (SIE), to head SIE again, the Presidency announced on Wednesday. The Parliament is due to make a final decision in this regard. If confirmed in office, Ungureanu would replace interim SIE head Silviu Predoiu. An influential opposition senator of the governing Social Democratic Party (PSD) already reacted by saying that PSD would oppose such an "illegal" nomination. 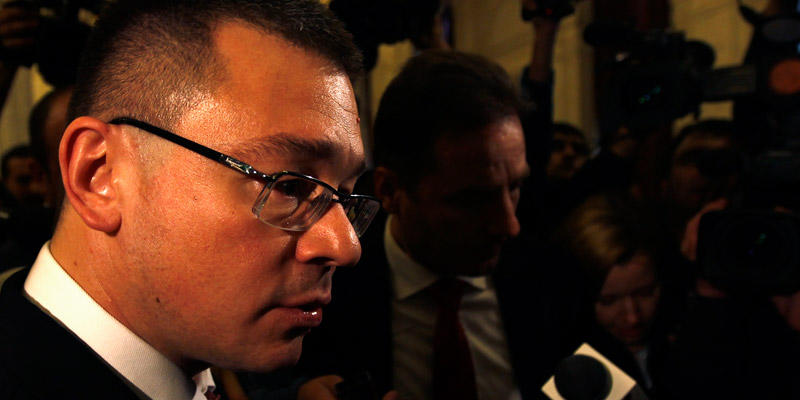 Ungureanu had served as head of SIE between 2007-2012, stepping down to become prime minister of Romania for several months, before he was again replaced as head of government by incumbent Victor Ponta.

His nomination for a second term as head of SIE comes as Victor Ponta, who is facing corruption charges and has undergone a knee intervention in Turkey, is temporarily unable to do his duties, with his deputy PM Gabriel Oprea serving as interim head of government.

Oprea had a decisive role in the Parliament decision on Tuesday to pass President Iohannis' National Defense Strategy, despite the governing PSD boycotted the vote.

Ungureanu's nomination also comes as anti-graft prosecutors have intensified inquiries among business people that analysts have claimed to be well connected to SIE.

Ungureanu said on Wednesday it was a honor for him to be nominated for the job.

But Ilie Sarbu, a PSD senator, said the nomination was illegal and that his party would vote against it. He said the law forced the President to submit the nomination to the Supreme Defense Council, which has not gathered to discuss such an issue.