Bilateral relations between Romania and Hungary got tense on Tuesday as the government in Budapest announced plans to build a fence along the border with Romania, similar to that along the Serbian border aimed at putting a halt to the flow of migrants. The Foreign Ministry in Bucharest said it was a "politically incorrect gesture", while a top Hungarian officials accused the Romanian PM of extremist and false statements regarding Hungary's treatment of migrants. 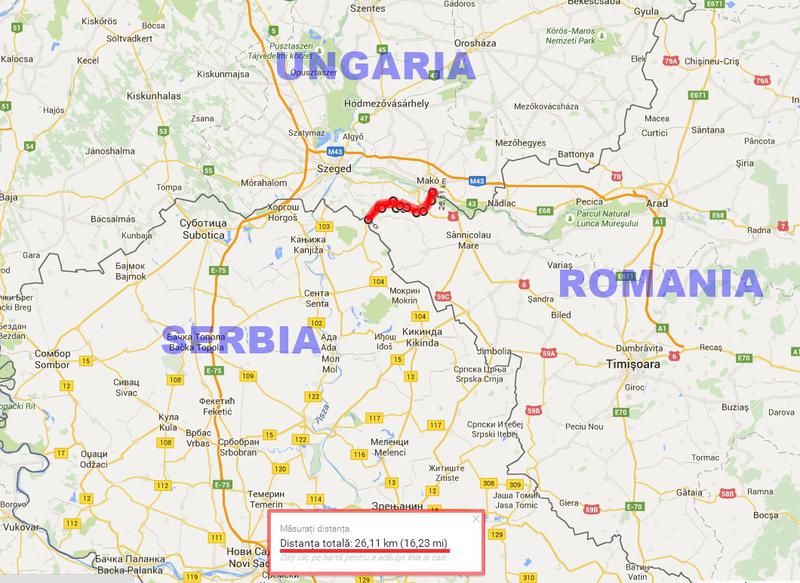 The Hungarian Government decided to start preparation works to build the new border fence should the wave of migrants change their route to the West, which currently goes through Serbia, Hungarian Foreign minister Peter Szijjarto announced, quoted by Reuters. He also said the Romanian Foreign ministry was informed about the decision, which will complement the already existing fence along the Romanian border by several kilometres, up to above Mures river.

HotNews.ro expects the new fence to be 26 km in length.

Later today, the Romanian Foreign Ministry said in a press release that it was informed about its Hungarian counterpart about the move "shortly before the public announcement". MAE said the building of such a fence between two EU member states ïs not a correct gesture from a political point of view".

Szijjarto urged Ponta to stop spreading lies about Hungary, while his Ministry summoned Romania's charge d'affaires to Budapest for explanations over Ponta's statements.

Szijjarto, quoted by MTI news agency andMagyaridok.hu, said that probably the domestic political crises Ponta has been going through are prompting him to make "extremist and false" statements.

Speaking of Romania's cautious position on hosting migrants, Ponta said on Monday that "the problem is about our logistical capability to treat those people as people, not the way they are treated by our Hungarian neighbors, by club and serial numbered. I do not agree with this. [Former president] Basescu has been leading a horrible and ugly sense that exists in all society, that of xenophobia. Debate is good, but it's on us to solve the problem. We'll treat those people as we treat ourselves".