The man who has led Romania's governing Social Democratic Party (PSD) for the past several months, Liviu Dragnea, was elected party president officially with a crushing 97% of votes from party members on Sunday, according to official figures announced today. Dragnea was the sole runner for the top seat within the party, in a mock election which, according to PSD figures, saw more than 400,000 party members go out and vote on a bleak, rainy Sunday. 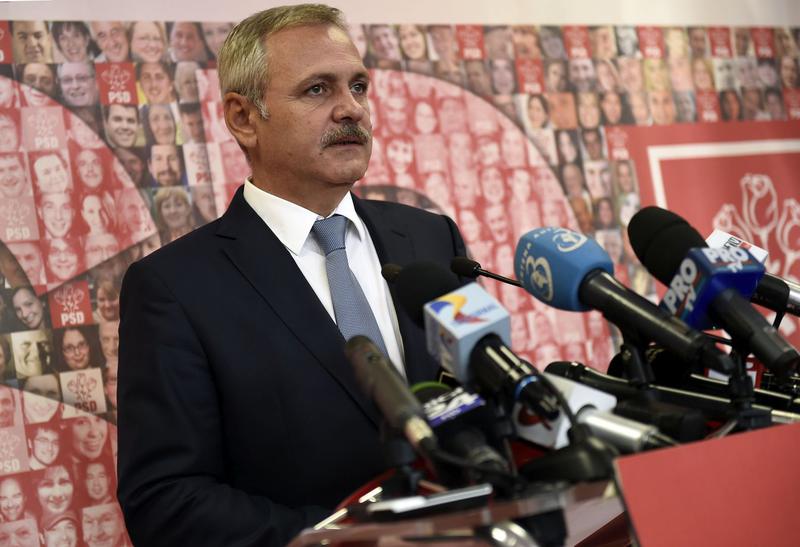 Liviu Dragnea has led the PSD since its previous leader, Victor Ponta, withdrew in the wake of penal procedures launched against him under corruption-related charges. However, Ponta did not withdraw as the country's prime minister, a seat which he's been holding since 2012. Dragnea himself is awaiting a court decision for his own appeal in a case in which he was already sentenced for vote fraud in the referendum to dismiss former president Traian Basescu in 2012.

Dragnea was elected PSD president in a poll in which he was the only candidate. According to official figures issued on Monday, 97% of the party voters said "Yes" to his election, while 2.2% said "no".

The poll sparked comparisons to North Korea and a wave of mockery on the political stage in Romania as it showed, among others, the lack of leadership within the PSD, following a wave of corruption cases and sentences which has been affecting Romanian politics at all levels for the past several years.

Party elections usually take place as part of a congress, but this time around the PSD poll was organised on the margins of the upcoming national congress of the political group. This allowed Dragnea to avoid major surprises from unsuspected challengers and negotiations with influential local leaders of the PSD, and to display massive party unity in his support.