Millions of Romanians are expected to vote on Sunday in parliamentary elections seen as crucial for the future of Romania's international interests and for the major push against corruption in one of the poorest EU countries. In what appears, to some extent, to be a reverse image of the recent US presidential elections, the Romanian poll pitches establishment parties and a newly formed political movement of anti-establishment activists against each other in an ballot marked by the ongoing fight against corruption, "post-truth" electoral coverage and widespread revolt over a deadly fire which took place in Bucharest a year ago. 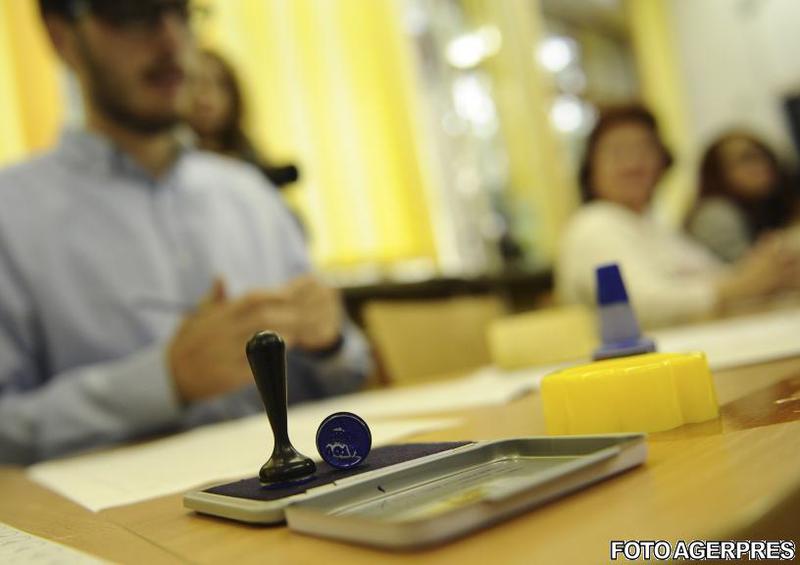 Turnout will be key for the outcome of the elections. If it stays low, the most recent opinion polls suggest that the biggest Romanian party, the Social Democrats (PSD), will have the strongest chance to obtain a majority with the help of a minor Liberal partner party, ALDE. If turnout will be higher, analysts see a better chance for a future governing alliance between the second biggest party, the Liberals (PNL), with the newly formed Save Romania Union (USR), a political movement established just before the start of the electoral campaign.

The future government will have to receive the approval of President Klaus Iohannis. Iohannis - who has been the leader of the PNL before taking office - has said he would not name a prime minister with a criminal record, as is the case of the PSD leader.

The legacy of a fire disaster

The polls come after a year of technocratic government which had little room for maneuver. The government led by Dacian Ciolos, a former European commissioner seen as a career technocrat, took office after the fall of the PSD-led government of Victor Ponta.

Ponta was forced to resign in late 2015 following massive protests sparked by a nightclub fire in Bucharest, which killed dozens of young people. The fire was blamed on endemic corruption which allowed the Colectiv nightclub to host concerts in improper conditions. Popular fury, especially in Bucharest and other major cities, intensified as news began to come about the terrible ways people injured in Colectiv were treated in Romanian hospitals, following dubious decisions by the Ponta government.

2016 was a year when the government led by Dacian Ciolos gained popular support especially among the elites, as it made reforms in fields such as health, education and administration. But it had very little room to act in other sectors, as it had to accept members pushed by the Social Democrats and still had to face a Parliament dominated by the Social Democrats.

2016 was a year which saw an intensified campaign against graft, spearheaded by the National Anti-Corruption Department (DNA), a body led with an iron fist by Laura Codruta Kovesi. The campaign against graft hit all parties and especially the PSD, with PSD leader Liviu Dragnea himself receiving a suspended prison sentence for illegal actions in a previous poll. Former PM Victor Ponta (PSD), Senate Speaker Calin Popescu Tariceanu (leader of PSD partner party ALDE) and many other prominent MPs and decision makers have been facing criminal investigations over graft, abuse in office and related charges. The same happens with prominent members of the Liberal party, such as former party co-leader Vasile Blaga.

2016 was also a year of major media investigations into abusive health issues - from the maltreatment of Colectiv victims to hospital conditions, to widespread corruption at the highest levels of Romanian hospitals and health organisations, to an investigation dating just two days ago about a decorated doctor experimenting on child patients. Many of these have been blamed on health policies of Romanian governments in the past 26 years, but especially to the PSD government and the PSD-controlled local authorities in Bucharest who have served for the past several years.

But in June 2016 the PSD made major gains in local elections across the country, including capital city Bucharest. And the latest polls of the parliamentary campaign it retained a major lead over the second biggest party, PNL. Analysts say that if PSD ally ALDE confirms polls and crosses the 5% threshold and enters the Parliament, a redistribution of votes from parties who failed to cross that threshold may have a chance to boost PSD-ALDE above the 50% threshold needed to form the government.

How is this possible?

PSD has been part of the Romanian government for more than half of 26 years since the fall of Communism. It is the strongest party across the country, with the best territorial organisation. It is also overwhelmingly influential in rural areas and the poorest regions of the country, deeply disconnected from the progress in Bucharest and other major cities.

And the PSD has the strongest support from key news outlets, including most TV news channels. One of them is owned by a former ally, businessman and politician Dan Voiculescu, currently in prison. Another is controlled by Sebastian Ghita, a businessman turned politician who has close ties to former PM Victor Ponta and who is currently facing criminal investigations.

These and other media have been running unprecedented campaigns to smear political rivals, including the "technocrats" as a whole, but mainly PM Ciolos and key members of his government. Ghita split with the PSD and is running for a new seat in the Parliament as a representative of a far-right party.

As compared to the US, where fake news were spread by fake news outlets only, "post-truth" could be seen in both fake news and established news outlets. A fake news website claimed recently that PM Ciolos was Soros' bastard son. And Ghita's TV tabloid news channel most recently claimed hacker group Anonymous threatened to provide proof that Soros provided financial support to let the Colectiv tragedy happen so that the PSD fall from power.

And PSD, ALDE, Ghita's far-rightists and their media have been discrediting the anti-graft campaign, inducing a sense of fatigue among their audience. Even the refusal of top officials such as Dragnea to stand down because of their Justice issues, their media's attacks on the judiciary and their open threats to impede the functioning of an independent judiciary, especially of the anti-corruption bodies, suggest what their line would be in case of victory in the elections.

Meanwhile, the second biggest party, PNL, led by Alina Gorghiu, a young politician, failed to make any mark. It could not provide alternatives to PSD policies, failed to make a relevant stand on key issues against the PSD, and saw one of its leaders, Vasile Blaga, criminally investigated for traffic of influence. The party lost further ground in the local elections and allowed the anti-PSD voters look how many of its MPs voted along PSD colleagues to reject requests by anti-graft prosecutors for the Parliament to allow investigations against key politicians.

Searching for the future prime minister

In the parliamentary election campaign, PNL did not have their own candidate for prime minister. Instead, they said they would support Dacian Ciolos for a renewed term in office.

Dacian Ciolos has announced he would not run in elections and he kept his word. But he made clear he would gladly accept to continue as prime minister if an elected majority which would please his taste would like it. He has rejected criticism that he eyes to retain a position of power without being elected.

But Ciolos also has the support of a new party, the Save Romania Union. The movement is led by a mathematician and activist, Nicusor Dan. Dan gained a reputation of a sort of anti-establishment hero with his challenging development projects and protecting of green areas in Bucharest through court actions, while running repeatedly, albeit unsuccessfully, for the seat of Bucharest mayor. But following the wave of revolt in the wake of the Colectiv disaster, he managed to bring together a group of mostly untainted, while politically inexperienced candidates around his Save Bucharest Union organisation for the local elections in Bucharest. This Union made considerable gains in Bucharest city and district councils, which prompted Dan to expand it into the newly formed Save Romania Union (USR).

USR has no clear political color, as it brings together conservatives, libertarian business people, liberals and civic activists alike. But it has run a campaign on the need to refresh the political offer and of supporting continuity of the Ciolos government. Polls have suggested USR would cross the 5% threshold by a considerable margin.

A low turnout will allow the PSD-ALDE alliance to come out strong of the elections, as the PSD electorate is well documented to show up strongly in polls. But President Iohannis said he would not allow a sentenced criminal to become PM. It has recently emerged that it was not even legal - a law passed long ago by the same PSD and which remained forgotten until a couple of weeks ago outlawed criminally sentenced people from becoming PM.

This intensifies the pressure on PSD leader Dragnea, who had been seen by many as the future prime minister. It remains to be seen the solution a victorious PSD will find for the helm of government.

A high turnout will mean more previously undecided or apathy-hit voters cast their votes and that would most probably mean a better chance for PNL and USR. A better performance will allow them to look for solutions to form a government. And they have stated their option for a non-elected prime minister - Dacian Ciolos.