Sevil Shhaideh, a Muslim woman connected to local moguls with criminal records, is surprise nomination for prime minister of Romania

The leader of Romania's biggest political party shocked all on Wednesday as he nominated Sevil Shhaideh - a Muslim woman with a history of political and local administration cronyism, for the position of prime minister. Shhaideh nomination comes in the wake of general elections that Social Democrats won by a large margin, partially thanks to a nationalistic campaign that blasted the previous prime minister, Dacian Ciolos, and President Klaus Iohannis, an ethnic German Lutheran, for not being "truly Romanian" or "Orthodox Christian" as the majority of the country's population. 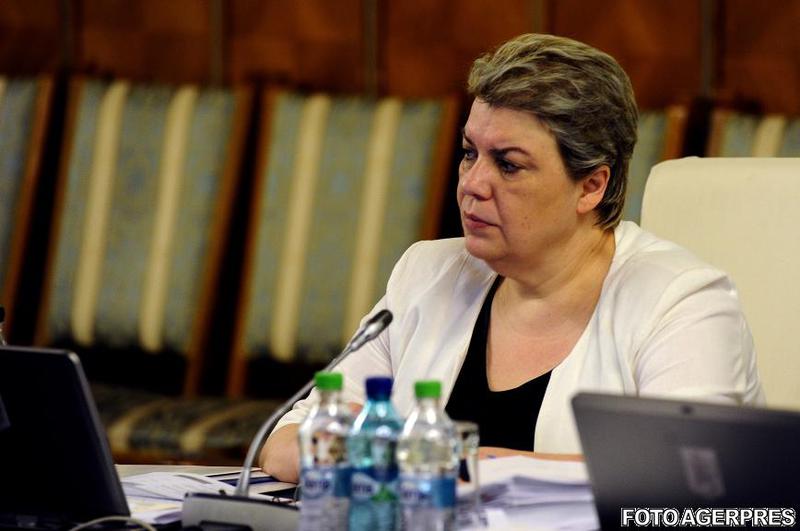 Social Democratic (PSD) leader was himself considered for prime minister, following the PSD victory in the recent elections. But Dragnea had received a suspended sentence in a electoral corruption case earlier this year, and a law prevented him to run for PM. President Iohannis had also made clear he would not confirm a prime minister with a criminal record in office.

So Dragnea stepped back and today he made the surprise announcement of nominating Sevil Shhaideh for the job. And in making the announcement Dragnea made clear that while he would not be prime minister, he would be in full control of the government.

Shhaideh would be the first prime minister of modern Romania who would take her vow in office with her hand on the Quran.

Sevil Shhaideh is a Muslim woman who married a Syrian businessman in 2011. According to her wealth statements, her family has properties in Syria.

She is closely connected to Liviu Dragnea, who witnessed her wedding five years ago. While for the past years she served as a state secretary in the Development Ministry, she rose to prominence in the administration of Constanta county, SE Romania.

There, she served Nicusor Constantinescu, head of the Constanta county council and leader of the PSD fiefdom in the region, along with Constanta mayor Radu Mazare. Nicusor Constantinescu has received a 15 year prison sentence for abuse in office. Radu Mazare, another prominent member of the so called "PSD moguls" - local political leaders who have been controlling business and administration with an iron fist in various Romanian regions - also faces multiple judiciary troubles over his deeds as mayor of Constanta.

Nicusor Constantinescu, along with current PSD president Liviu Dragnea, both served as witnesses (the equivalent of a godfather) to Sevil's wedding in 2011. A year and a half later, she was named a state secretary at the Development Ministry, who at the time was led by Liviu Dragnea in a previous PSD government.

But for many Romanians the shock of the announcement comes from another direction. Throughout the electoral campaign for the general elections earlier this month, PSD and its political allies campaigned hard on nationalistic issues. Among others, they targeted the man who has served as head of a technocratic government for the past year, Dacian Ciolos, suggesting he was not "truly Romanian" but a "servant of George Soros" who was "manufactured" in Brussels, where Ciolos had served as European commissioner. One main argument against Ciolos, a Romanian born in the historic region of Ardeal, was that his third name was French: Julien.

Another target was President Iohannis, who announced during the campaign that he would not approve of a PM with a criminal record - meaning Dragnea was out of his calculations. Klaus Iohannis is an ethnic German and a Lutheran, who came to power in 2014 at the end of another dramatic electoral campaign with nationalistic weight.

EU member state Romania would from now on be led by an ethnic German Lutheran and a Muslim married to a Syrian.