Many Social Democratic (PSD) members of the Romanian government, with the notable exception of PM Sorin Grindeanu, submitted their resignations but were awaiting approval for their decision on Wednesday, at the peak of a power struggle within the ruling party which may lead to the fall of the current government. The PSD leadership was discussing Wednesday afternoon their support for the Grindeanu team, following reported tensions between the prime minister and the president of PSD, Liviu Dragnea. 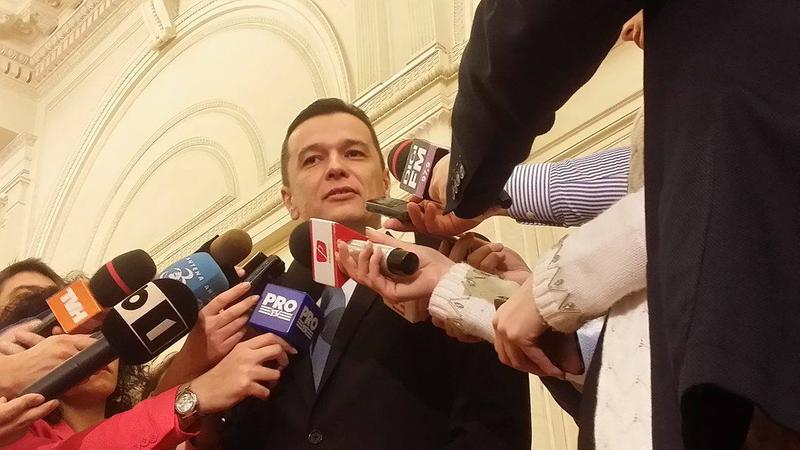 Sorin Grindeanu has been heading the Romanian government, formed of the PSD and their Liberal Democrats (ALDE) allies), since winter. Grindeanu has been seen as a dummy PM acting at the orders of PSD leader Liviu Dragnea. Dragnea himself, having received a suspended sentence under corruption-related charges last year, could not run the government.

Since then, Dragnea has been pushing for a series of changes aimed among others at diminishing the powers of the judiciary in its years-long fight against corruption, as Dragnea, like many other top politicians, is facing another corruption-related sentence in the near future.

But as PM Grindeanu's team avoided a series of measures demanded by Dragnea more recently, there has been a rupture between the two. And starting last week, rumors have circulated that Grindeanu is about to be removed as prime minister. Dragnea himself has been reported to have asked Grindeanu repeatedly to step down, but to no avail. Dragnea said he himself has not demanded such a thing.

On Wednesday, the PSD leadership summoned a meeting with the members of the government to deliver an "evaluation report" on the extent the government has applied the governing plan promised to voters. Prior to the leadership session, a copy of the report was leaked in the media, showing that Grindeanu is criticized by the party leadership even for measures due to be applied next year, or others which Dragnea himself has abandoned.

While sources told HotNews.ro that the PSD ministers all resigned at the request of party leadership and were waiting for their resignations to be approved, Grindeanu did not and at least two other PSD members of the government confirmed they did not submit any such document.