​Romania's ruling Social Democrats oust prime minister Grindeanu from party ranks, get ready for parliamentary motion against their own government

The leadership of Romania's ruling party, the Social Democrats (PSD), decided on Thursday to oust prime minister Sorin Grindeanu from its party ranks. The PSD and their Liberal Democratic (ALDE) allies also announced a parliamentary motion aimed at bringing down the government next week. A major political struggle between PSD leader Liviu Dragnea and PM Grindeanu thus leads to an unprecedented move: a governing party attacks its own government in the Parliament. 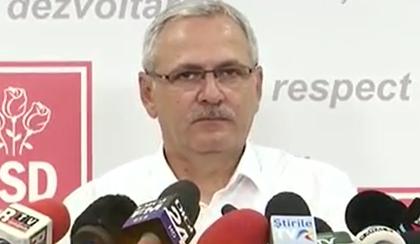 The PSD decisions came as the party failed on Wednesday to convince Grindeanu to step down. Dragnea, although he denies, has been reported to have repeatedly called Grindeanu to leave the PM seat, but to no avail. On Wednesday, the party invoked alleged failures by the prime minister to fulfill a series of largely vague provisions of a 4-year governing plan the PSD put forward in the wake of their win in the general elections late last year. Grindeanu has rejected all calls for his resignation, saying he would step down only when the PSD proposes another PM, and that PM receives the approval of the President.

For the government to fall, a majority of half plus one of MPs have to vote in favor of a motion against the government. PSD and ALDE currently hold such a majority, but with a very narrow margin. And Grindeanu and his allies - among whom, apparently, a former prime minister and influential figure within te PSD - have a chance to break ranks and prevent such a majority vote.

That is, despite many of his ministers announced their resignation at party request on Wednesday.

On Thursday, Liviu Dragnea held a press conference claiming the PSD was "under siege - and not a political one", but failed to say who was sieging the party. He called the Grindeanu team currently holding the government an "illegitimate group" acting in a manner which showed "professional coordination". That, he suggested, meant other forces were behind Grindeanu's actions, describing the PM as man he trusted but who was "no longer himself, but a tool".