​​VIDEO Apple co-founder Steve Wozniak in Bucharest: With a smartphone in hand, you are stronger than a super hero

He who holds a smartphone in hand is stronger than any super hero from any comics as with just a tap on a button one can do amazing things, Apple co-founder Steve Wozniak said in Bucharest on Wednesday. He dismissed fears of AI and said technology doesn't change the human brain, but the brains adapt to the environment their in - which now happens to be one of technology. 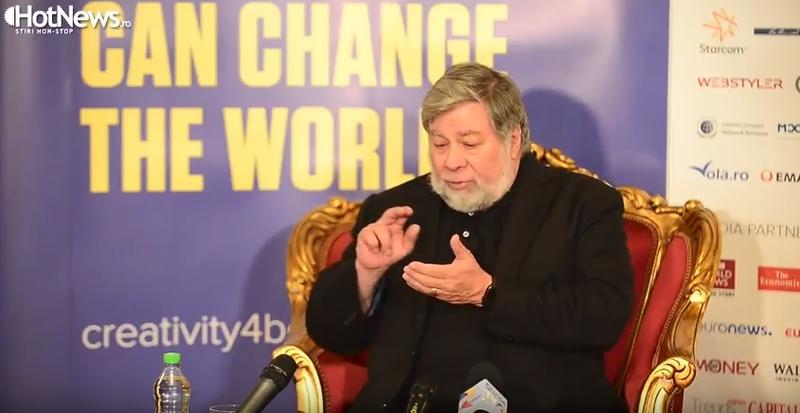 He made the comments - which also referred to his relationship with Steve Jobs, to Bitcoin and others - on the margins of an international IAA conference in Bucharest, where he was invited as a key speaker.