​Romanian President Iohannis warns government on "zany" fiscal changes, promises use of all available tools to preserve independence of Justice

Romanian President Klaus Iohannis criticized the Social Democratic (PSD) government harshly on Thursday about a series of fiscal changes that he called "zany" and chaotic. He also promised to use all tools at his disposal to preserve the independence of justice. 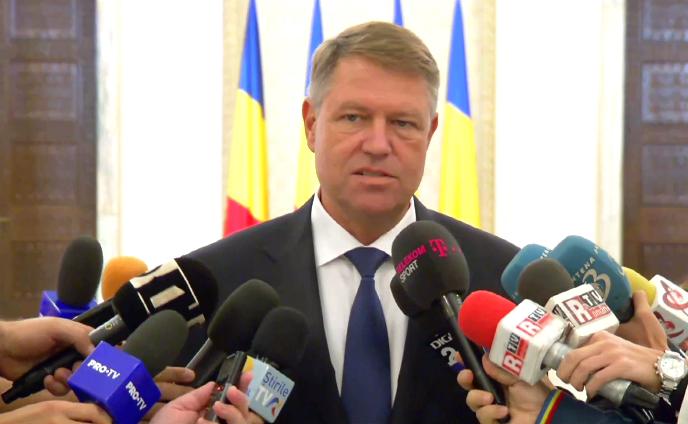 In a press statement he held today, he dismissed the "fiscal revolution" promised by the governing coalition as disrupting and "zany" as it only brings "3 Romanian lei" to the average salary.

Asked about an ongoing, highly disputed political process to change the laws of the judiciary, Iohannis said Romania never had a legislative procedure as tainted as the current one. "It's a long way that we should not follow, from correcting legislation to chopping it, as it is happening now", he said.

And he said he would use all tools at his disposal as a president for the preservation of the independence of Justice.