The leader of Romania's governing Social Democrats (PSD) Liviu Dragnea on Friday launched a fierce attack against an opposition leader and the President after the former submitted a criminal complaint against him. Dragnea blamed the complaint on decisions he claims were made by the Presidency and he pointed out that President Iohannis "sat at the same table with a state which Romania doesn't recognize - Kosovo". 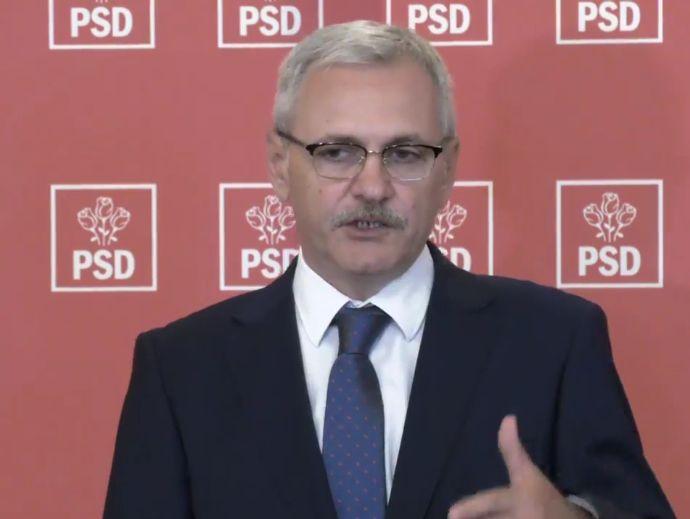 He made the statements a day after opposition Liberal (PNL) leader Ludovic Orban submitted a criminal complaint against him and PM Viorica Dancila, whom Orban accuses of treason, among others over government efforts to move the Romanian embassy to Israel from Tel Aviv to Jerusalem.

The PSD has reacted harshly to the complaint, with Dragnea claiming on Thursday it was "stupid" and not the work of Orban, but of the Presidency. He accused an "attempted coup d'etat" aimed at an "illegitimate takeover of power".

On Friday, Dragnea again called the complaint a "demented" action prepared "in the labs of the Presidency". He said that no relationship can be pursued with President Iohannis. Asked whether the governing alliance was considering a referendum to suspend the head of state, he said it was not a priority for the moment.

And he pointed out to Iohannis' actions on foreign policy: "We saw that he sat at the same table with a country that is not recognised by Romania - Kosovo. Is it good, is it bad? (...) We don't even know, did he consult anybody, did he made a decision there, did he propose anything, promised anything in the name of Romania? We have no idea", speaking of a regional top level reunion in Bulgaria where both Romania and Kosovo leaders were invited.

Romania is one of several European countries which don't recognise the Kosovo statehood.