Romania's governing coalition managed to push through a last parliamentary vote on Wednesday a series of massive changes to the Criminal Code, which critics call a heavy blow to the fight against corruption. The parliamentary majority had only a narrow margin of 2 votes to pass the changes. House speaker Liviu Dragnea, leader of the governing Social Democrats (PSD) and, as a politician recently sentenced for abuse in office, a key beneficiary of the legislative changes, made the rare move to take a seat and cast a vote in order to secure the passage of the law. 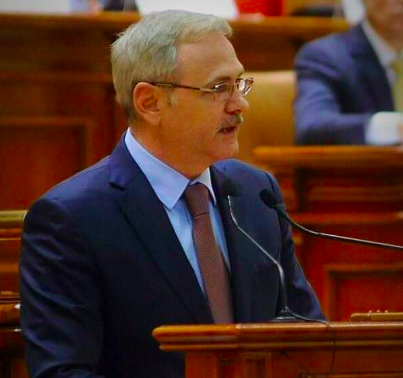 Shortly after the vote, President Klaus Iohannis called the parliamentary push a display of "dictatorship of the majority", which he said was "revolting", "damaging" and the result of "a simulacrum of debates". Both the President, who has to give a final approval for the bill but has little room for maneuver, and the opposition parties announced they would challenge the new legislation at the Constitutional Court.

The governing majority of PSD and ALDE parties saw their attempt to change the Criminal Code threatened earlier today, as another allied party said it would abstain. But the coalition parties managed to draw the votes of several MPs representing the ethnic minorities, which allowed it to secure tha passage of the Code with only 2 votes above the necessary threshold.

The governing coalition thus managed to push through a series of hundreds of changes to the Criminal Code, including some that essentially remove all risks for politicians or public officials of being indicted or investigated for crimes such as abuse in office.

Many politicians, including PSD leader Liviu Dragnea, are seen as beneficiaries of the changes. Dragnea has recently received a criminal sentence for abuse in office - his second criminal sentence - but he challenged it and a renewed trial is expected. The current changes to the law would absolve him of any risks, pundits have warned.

Last week, representatives of several European and North American countries allied with Romania as part of NATO and the EU have warned about the risks of reckless changes to the Criminal Code.

But the governing PSD - with their leader Dragnea recently criticising the West for its role in supporting the "parallel state", the name given to an imaginary foe to proper government similar to the "deep state" in the US and parts of Europe - pushed through the changes anyway.

In his statement today, the President said the changes to the Code which the House voted today were either "useless or toxic and damaging", the result of "debate lacking transparency", where the PSD "managed to destroy the dignity of legiferation".

And opposition party Save Romania Union said that starting today "the rule of Dragnea replaced the rule of law in Romania".

These are the latest changes to a wave of changes to the key laws in Romania, which observers and critics have warned would thoroughly destroy, under the PSD rule, the framework that secured the fight against corruption over the past decade. ​