Romanian President Klaus Iohannis on Monday signed a decree to dimiss top anti-graft prosecutor Laura Codruta Kovesi from office, a presidency spokesperson has announced. Iohannis thus complied with a Constitutional Court decision which forced him to dismiss Kovesi, who has been leading the National Anti-Corruption Office (DNA), at the height of a fierce political struggle of the governing coalition against anti-graft prosecutors. 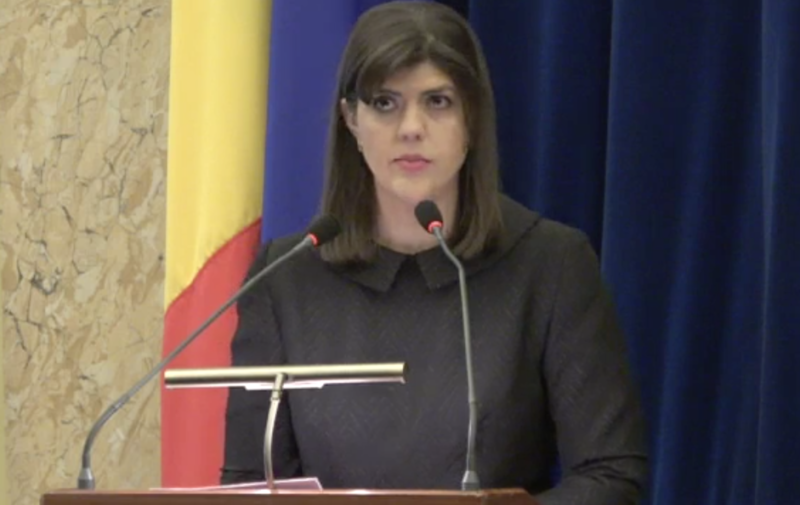 Presidency spokeswoman Madalina Dobrovolschi, in announcing the decision, said the President had to comply with the Constitutional Court decision.

The Court ordered Iohannis to dismiss Kovesi a month ago. The president postponed a decision to fall in line with the order so far, but pressure intensified on him to let Kovesi go.

The DNA, led by Kovesi, has been spearheading a massive wave of indictments against high profile politicians and businessmen in Romania for a decade. But the fight against graft met a barrier of hurdles since the Social Democrats (PSD) won the 2016 elections. The PSD-led governing coalition has since been pushing for changes in the judiciary and to the legislation governing the judiciary, in an effort that critics say is an attempt to save top politicians, including PSD leader Liviu Dragnea - who has received a definitive sentence for electoral fraud and more recently received another sentence for abuse in office, which he appealled - from the hand of justice.

Justice minister Tudorel Toader early this year demanded Kovesi's resignation, but the President rejected the request. As a result, Toader challenged the President's decision at the Constitutional Court, which a month ago decided that Iohannis had to comply and dismiss Kovesi.

He postponed a decision until now.

In his statement today, he said no matter the name of the future chief prosecutor of the DNA, the institution had the obligation to act professionally at the highest level of performance as Romania could not step back from the statute of a country governed by the rule of law and where the Constitution is complied with.

Augustin Zegrean, a former head of the Constitutional Court which has criticized the court decision in the matter, commented that in dismissing Kovesi the president did what he was compelled to do and that he had no other option.

And Florin Iordache of the governing PSD, an MP who has been leading efforts to change the laws of the judiciary, commented that the President's move was a sign of normality.

The decision came as PSD leader Dragnea, encouraged by a win in the Parliament to push through many changes to the Criminal Code, has been attempting a suspension of the President, given Iohannis' postponement of a decision to dismiss Kovesi.