Some 19 million Romanians are invited to vote this weekend in a referendum aimed at changing the definition of family in the Constitution, so that same-sex marriages be prevented for good. It is one of the most divisive polls in the history of democratic Romania, with a high abstention rate expected as a good number of opponents of the change say they would boycott the politically charged vote. Warnings of potential electoral fraud intensified over the past week. 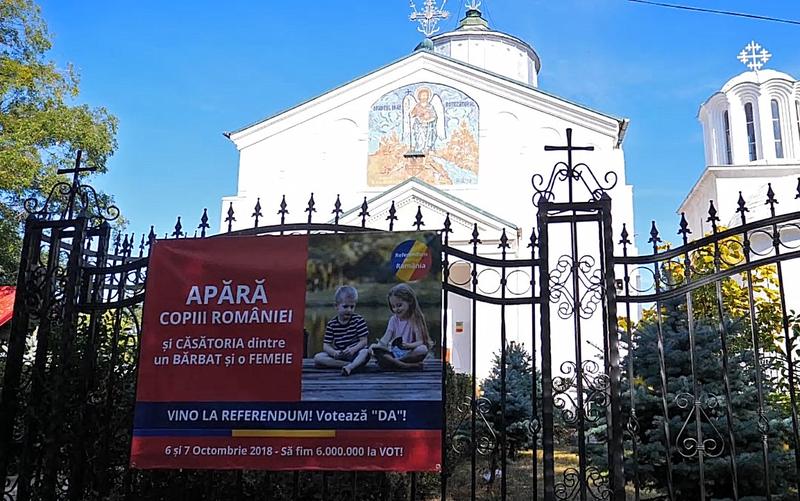 Voters are invited to answers Yes or No if they agree to a change to the Constitution so that the definition of family as based on marriage between a man and a woman becomes part of the fundamental law - details below. As a vast percentage of rural Romanians, the elderly and other people raised in traditional communities, especially during communism, are expected to vote Yes, the stake of the referendum moved to the necessary turnout.

The referendum is the result of a civic initiative launched a couple of years ago by a coalition of NGOs called Coalition for the Family. It managed to collect some 3 million signatures among Romanian citizens to call for a referendum to change the definition of family in the Constitution.

The referendum has been largely ignored and used only as political leverage by the current Social Democratic Party (PSD) -led government. But as pressure intensified both home and abroad against PSD leader Liviu Dragnea and his associates, Dragnea's government opted to call for a referendum, with results of such a populist poll expected to be used for political purposes.

Since it came to prominence with its initiative for the referendum, the Coalition for the Family has been scrutinized over links between some of its key members and Russian, Kremlin-backed circles. It has garnered the significant support of the influential Romanian Orthodox Church and, increasingly openly, of the governing Social Democrats.

When she showed up to face European MPs in the past fortnight, PM Viorica Dancila, a former MEP who is generally seen as a puppet serving Dragnea's interests, heard criticism that the PSD got involved into campaigning against same-sex marriage, which comes against the policies of the European Socialists. She said at the time that the PSD does not get involved in the campaign except as an organiser of the referendum.

But in Bucharest and across the country many a sample of PSD involvement in the campaign - TV commercials bought by the PSD, PSD-backed outdoor banners with calls to vote, church meetings between politicians and members of clergy - came up in the media. The two TV news channels most closely associated with the PSD have been pushing the same agenda. Liviu Dragnea and other top PSD officials said they would vote Yes in the referendum and even claimed it was meant to prevent things "happening" abroad, like marriages between men and animals, from repeating in Romania.

Some 18.95 million voters are listed as eligible to vote. For the referendum to pass, 30% of them have to show up. The results are validated if 25% of the registered voters cast valid votes.

Fears of authorities mixing with the results are real, with NGOs and opposition figures such as ex-PM Dacian Ciolos warning of risks of electoral fraud. They have warned that the rules of the referendum are as such that the number of voters would be impossible to be properly checked and legal, technical and practical obstacles have appeared in the path of possible efforts to check multiple voting, fraud signaling, vote storage and others.