An emergency ordinance related to changes to the Romanian justice system, which was adopted without prior analysis by the Romanian government on Monday, was published on Tuesday. Its publication revealed a series of serious issues that the prosecutor general and other magistrates say would affect the activity of anti-graft prosecutors. A key corruption case which may be affected by the newest measures would be the so-called Tel Drum case, which has been linked to the leader of the governing Social Democratic Party (PSD), Liviu Dragnea. 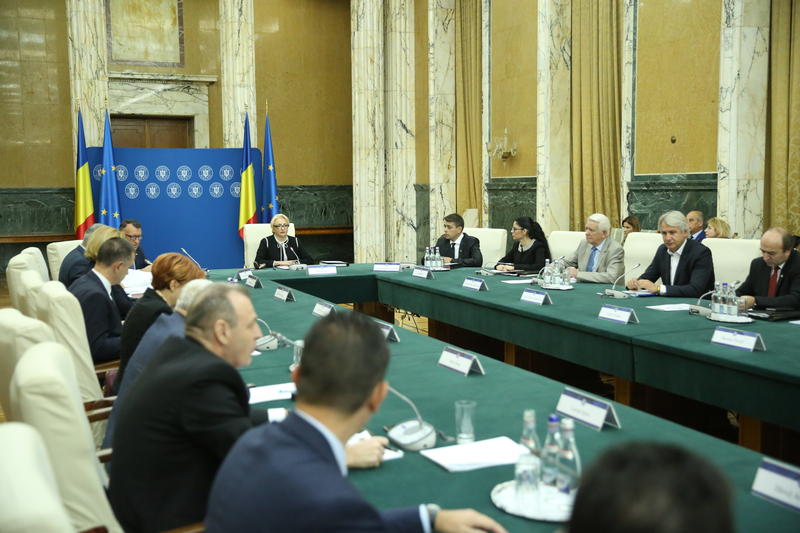 When Justice minister Tudorel Toader presented key points of the ordinance on Monday, he did not elaborate on their meaning for the activity of magistrates, especially the magistrates of the National Anti-Corruption Department and of the prosecutor's office in charge with organised crime, DIICOT.

He made some coments on TV late on Monday. But everybody had to wait for more than a day, until Tuesday afternoon, to see the ordinance published in the Official Gazette.

The ordinance was aimed at streamlining a set of three bills changing the legislation regulating the Romanian justice system, bills which were adopted since the beginning of the year. While those changes attracted fierce criticism both domestically - the opposition, but mostly street protests - and internationally, nobody explained properly why this streamline had to be done through an emergency ordinance.

It was passed without proper debate and analysis of effects in key areas such as the number of prosecutors affected by various measures, as magistrates such as Cristi Danilet have warned. Minister Toader claimed some of the measures were adopted in order to comply with claims by the Venice Commission for more transparency in law making. But the ordinance itself stood for more than a day away from public scrutiny and without proper explanation of its effects.

Its publication on Tuesday confirmed a series of issues that the media and justice professionals have warned about since Monday.

One of them is that a series of key corruption cases would be affected as they are pursued by anti-graft prosecutors with less experience than 10 years. The ordinance rises the experience barrier for joining the ranks of the National Anti-Corruption Department (DNA) prosecutors from 8 to 10 years.

A key case affected by such a move is one involving the company Tel Drum, which has been linked to the leader of the governing PSD party, Liviu Dragnea. The case has been pursued by prosecutor Alexandra Lancranjan, who has an 8 year experience as a magistrate.

This is just one of a series of issues professionals have warned about. On Tuesday, shortly after the publication of the ordinance, Prosecutor General Augustin Lazar warned that it created a series of functional problems for prosecutors, especially for the DNA. And he said his office was studying suspicions that the ordinance might breach the constitution.

And a prominent magistrate, Cristi Danilet, commented for HotNews.ro that the ordinance did not have an impact study to see how many prosecutors are affected by the changes and it was unclear how to read the existing law in this regard. If the number reaches 40-50 at the DNA level, their work has to pass to other, already overburdened prosecutors, which would lead to serious problems.

The ordinance aimed at "streamlining" the changes produces even more difficulties as it follows a wave of changes made by the Parliament and the Government to the existing legislation already this year.