Romanian President Klaus Iohannis on Monday launched one of his harshest attacks on the Social Democratic (PSD)-led government, saying "things have gone insane" and "the political necessity is a replacement of this accident of the Romanian democracy, which is the Dragnea-Dancila government". He made the comments as the minister-delegate for EU issues, Victor Negrescu, appeared to have resigned last weekend, less than two months before Romania takes over the EU Council presidency. 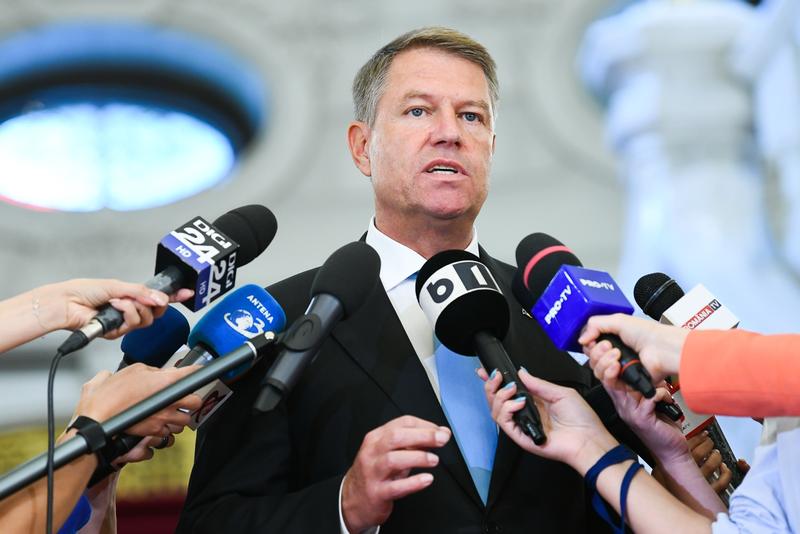 Negrescu has been part of the government led by Viorica Dancila, a prime minister seen as a puppet for PSD leader Liviu Dragnea, who cannot serve as PM due to an electoral fraud-related sentence.

Iohannis said he was deeply concerned about 2019, when Romania will be in charge with EU-wide metters. He said he did not think the country was up for the task.

"Several weeks ago, I said we'd be ok doing things. But meanwhile things have gone insane, one cannot tell who's in charge with things at the government, people who are in charge with it are resigning or are dismissed. We find ourselves totally unprepared in the last hour. Unfortunately, I believe the political necessity is a replacement of this accident of Romanian democracy, which is the Dragnea-Dancila Government".

Last weekend, news emerged of a resignation of minister-delegate for EU affairs Victor Negrescu, yet not official confirmation has been made. On Monday, sources said Negrescu would be replaced with deputy-PM Ana Birchall.

Dragnea's answer to Iohannis' statements was to launch his own attack on the President, re-stating a series of court cases or judicial difficulties Iohannis has faced himself. And Dragnea said Iohannis was causing "major disadvantages to Romania" by claiming it was not ready to take over the EU Council presidency.