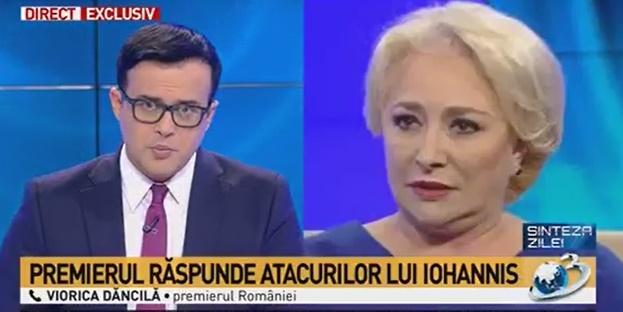 In a phone interview with government-friendly TV channel Antena 3, Dancila called an EP resolution on rule of law in Romania as "eminently political and baseless". And she defended the Romanian riot police, which was criticised in the EP resolution for its violent actions against protesters during demonstrations in Bucharest on August 10.

And she called a report on judicial reform in Romania, presented by the European Commission on Tuesday and highly critical of the actions of the governing coalition, to be "deeply unjust". She said it was "unacceptable to be requested to suspend certain procedures. I find it outrageous. I demand equal treatment and respect for Romanians".

She also rejected a proposal made by Finland that they take over the presidency of the EU Council earlier, in case Romania demands so. FInland made the offer on Tuesday after Romanian President Klaus Iohannis raised doubts about the readiness of Dancila's cabinet for the EU job starting January 1.

Dancila said Romania was "fully ready" for the EU Council presidency, with a "well prepared government" and "an army of professionals" who have "concluded the scheduling for the whole set of actions".

She accused President Iohannis of "willing to overthrow a legitimate government at any price, as he wants anarchy".​