Liviu Dragnea, the speaker of Romania's House of Deputies and leader of Romania's governing Social Democrats (PSD), used a speech on Sunday evening to strengthen his image of a strongman, with nationalistic attacks against the West, Western companies, the rule of law and president Klaus Iohannis, his political archrival. His statements drew a wave of reactions on Monday, as public bodies and various organisations took a stand against his statements. 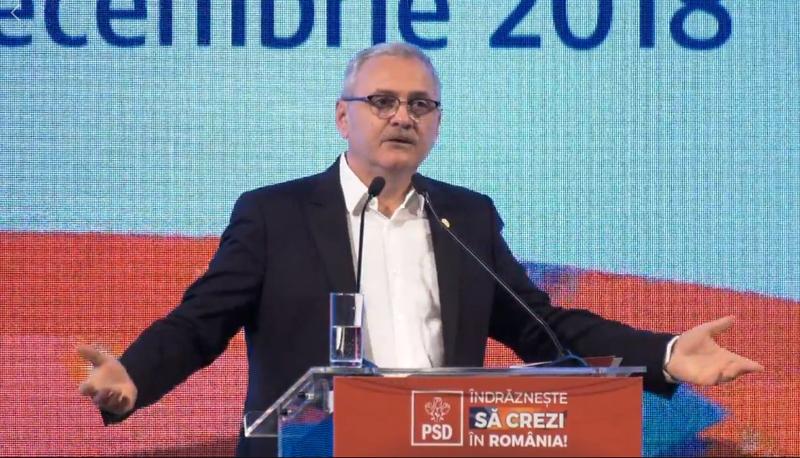 While he made the attacks at a session of the party leadership, his statements drew soft reactions from people present, far from a stand and applause stance that those following strong-armed leaders are accustomed to.

Key points made by Liviu Dragnea in his cca 90m speech:

While other PSD leaders supported Dragnea's urge that the government do something about the amnesty and pardon, PM Viorica Dancila failed in her speech to mention the subject.

President Iohannis and other officials and bodies reacted to Dragnea's speech on Monday.

Iohannis used a message posted on Facebook to say that the memory of martyrs of the 1989 Revolution - which is commemorated these days - has been tainted by desperate attempts of "criminals including Dragnea" of imposing an amnesty.

The Competition Council, the main body supervising that companies comply with market rules and laws, said that it had nor received any notification about possible illegal deals between banks. It referred to a piece of "fake news" circulated by an MP last week that the Council allegedly received a notification from the National Bank about a the existence of a deal between banks.

Some journalists called "an attempt to establish a nationalist socialist regime in Romania" and compared Dragnea's stance to that of Viktor Orban, even circulating the idea that Dragnea might seek a run for presidency in order to halt judicial procedures against him.

And a union of judges urged the Superior Council of Magistrates to defend the independence of the judiciary in the face of Dragnea's statements, which it says may seriously affect the trust of citizens in the act of justice.