Romania's Social Democratic Party (PSD)-led government survived a motion censure submitted by the opposition on Thursday, its leadership going on counter-attack with new threats and blaming others for political failures. The government was forced, however, to postpone until Friday a decision on a draft emergency ordinance on fiscal changes, which has sparked an outcry on the stock exchange and among businesses since Tuesday. The fate of another critical ordinance was still to be cleared by late afternoon. 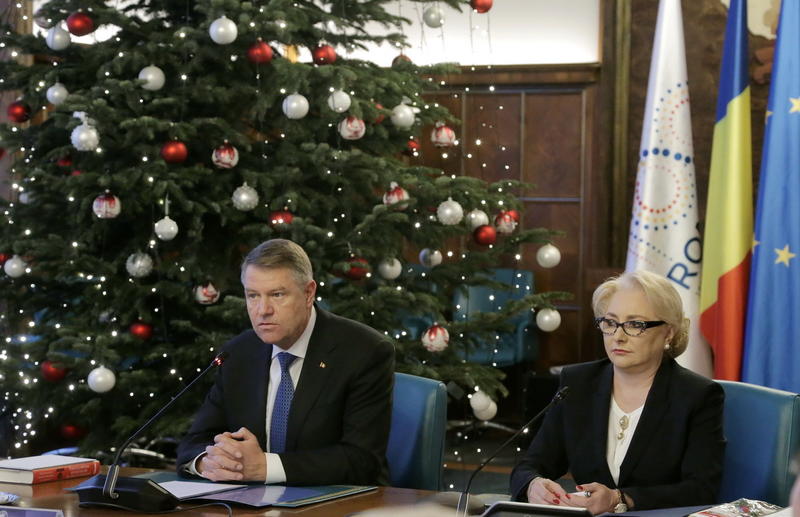 The motion against the government led by Viorica Dancila, which had been submitted by opposition parties, was rejected as it received less votes than it did signatures of support. It was presented by PSD leader Liviu Dragnea as a form of humiliation of the opposition, despite it allowing the opposition to launch a barrage of accusations against the governing coalition in the Parliament.

Shortly after the vote was over, the government headed for its Thursday session, which rose two major issues:

President Klaus Iohannis himself decided to attend the Thursday session of the government in an effort to prevent the adoption of this second ordinance. That sparked protests from both PM Dancila and her political master, Liviu Dragnea, who challenged Iohannis' right to do so. Dragnea also said the president "made a fool of himself" for attending a session which he, Dragnea, would not have allowed Iohannis to attend. By late afternoon, as Iohannis left the session before it concluded, it was yet unclear what was about to happen with this initiative.

Last but not least, Dragnea, who on Sunday had used a speech to launch a long series of attacks on multinational companies and the West, again criticised companies who attacked the taxes included in the recent, controversial ordinance. He warned them to "stop threatening the Romanian state, which is not an unguarded village, nor a state at the hands of a private company".

Dragnea also alluded, without specifics, to "price rises prepared by some" and aimed at "bringing down the Romanian economy". He thus tried to justify the tax rises planned in the draft emergency ordinance, which he said were aimed at "preventing the collapse of the Romanian economy" in the face of such threats.