Former Romanian anti-graft chief Kovesi, a candidate for EU chief prosecutor, hears charges in case opened against her back home

The former head of Romania's anti-graft prosecutor's office Laura Codruta Kovesi on Friday learned the charges brought against her in a corruption case which she says is aimed at undermining her candidacy for the job of EU chief prosecutor. She learned the charges after meeting a commission charged with investigating suspect magistrates, a body recently established by the governing coalition, criticised for attempting to subdue the judiciary and stifle the fight against corruption. 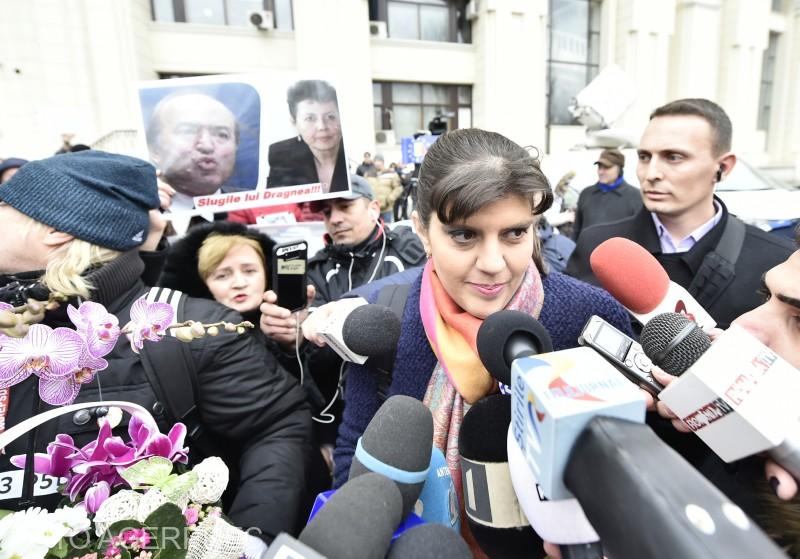 Kovesi said that while the inquiry she faces would certainly affect her candidacy for the EU job, she would move on with it and go through European Parliament hearings on February 26.

She made statements before the public, with several dozens people chanting messages of support.

She said she asked for the replacement of key prosecutors in charge with her case, which is based on charges of criminal acts brought against her by Sebastian Ghita, a fugitive businessman who has received a conviction but dodges the Romanian Justice as he is established in Serbia.

She dismissed charges that she was linked to the extradiction of a convicted person, that she received gifts to cover the extradition costs and that she had met with Ghita at private events.

She again said it cannot be a coincidence that the hearing was called just as she prepared to go through interviews for the job of EU chief prosecutor. The Social-Democratic Party (PSD) -led government in Romania has not made a secret of opposing her candidacy for the job, as it was the one that pushed for her oust as head of the National Anti-Corruption Department (DNA) last year.

More on the issue - here