Romanian PM Viorica Dancila on Monday said that her government would not drop an ordinance issued recently, which changes the laws of justice and has been fiercely criticised for undermining the independence of the judiciary. Her position comes as domestic and European criticism and pressure on authorities to drop the ordinance have increased significantly. 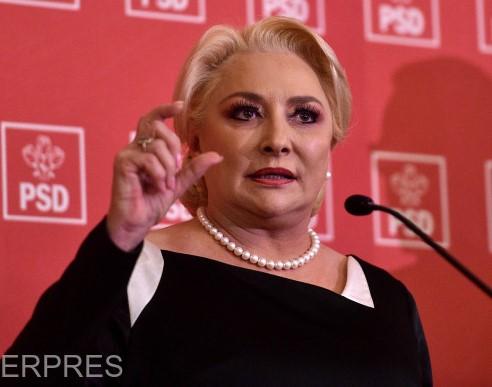 Following street protests in Bucharest and other cities against the ordinance on Sunday night, Dancila said on Monday that her government would show flexibility but would not drop "the good things" she claims the ordinance includes. She said she received "many messages supporting the ordinance".

She made the statements after some 8,000 people protested in Bucharest and scores of others in cities across the country against the ordinance. Prior to that, prosecutors and magistrates organised protests startin Friday and and actions are due to continue this week.

On Monday, several prosecutor's offices in key cities were due to go on with their promise to suspend their activities for several days, in protest of the ordinance.

And the key prosecutor's office in charge with organised crime and terrorism, DIICOT, announced it would suspend its activity starting Tuesday.

Prosecutors who are members of the Superior Council of Magistrates, a key body of the judiciary, wrote a letter to PM Dancila accusing a permanent government practice to dodge institutional dialogue and consultation with the judiciary. The warning comes as the government adopted the ordinance without consultation with the most important organisations of the Justice system.

Antonia Diaconu, a prosecutor who co-chairs an organisation defending the statute of prosecutors and who refused a call by PM Dancila to hold talks on the ordinance-related issues, said in an interview with HotNews.ro that the whole set of laws that have amended the rules of justice are aimed at bringing prosecutors under political control.

And she said that a newly established special commission due to investigate magistrates would be headed by political people and would become something parallel to the Prosecutor General's office, bringing prosecutors under political control.

Magistrates and prosecutors' organisations also wondered why PM Dancila called for dialogue after, and not before the ordinance was secretly conceived and announced.

Last but not least, Frans Timmermans, first vice-president of the European Commission, sent a letter to PM Viorica Dancila demanding clarifications about the Justice-related ordinances adopted last week and showing disappointment over her failure to tell him about the intention to adopt them when they met in Brussels earlier this month.