Romanians slammed the incumbent governing parties with a massive vote in favor of the opposition in European elections on Sunday. With queues before polling stations, at home but even more so in the Diaspora, lasting forever, they also voted in enough numbers for a referendum in defense of the Romanian justice against government pressure to reach validation threshold. 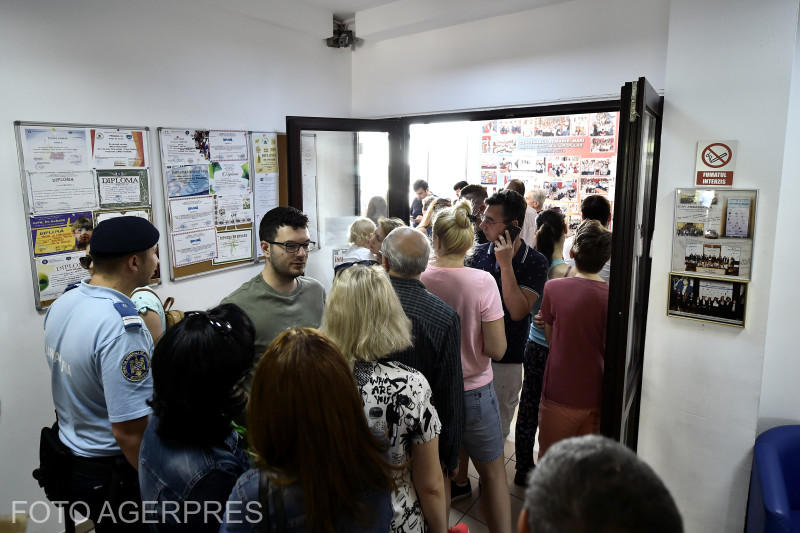 Exit polls as voting stopped at 9 p.m., as announced by pollsters CURS-Avangarde for the Romanian public television:

UPDATE 2 - 9.26 PM PSD leader Liviu Dragnea refused to resign immediately, as urged by both the opposition and a prominent member of his own party. He said he would hold responsibility for the results within a party leadership session and not "before you" (journalists). And he urged PM Dancila not to give in to pressure to resign as her government had a mandate to "fulfill the government program".

Turnout by 8 p.m., one hour before closing polls, turnout in the European Elections in Romania stood at 46.4% - a record for recent elections in the country. Turnout in the referendum called by the President stood slightly lower at 38.96%, above the 30% threshold necessary for validation.

The elections were marked by abysmal organisation of polling stations especially abroad. Romanians from the Diaspora had sometimes to spend hours in line, waiting to vote, with queues going on for several streets occasionally, in places like Brussels, London, or cities across Italy. As elections were drawing to a close, thousands of people were still waiting to vote as electoral authorities in Bucharest dismissed calls to keep stations open longer.