Groups of ethnic Romanians and Hungarians came short of direct confrontation at a disputed international cemetery on Thursday, where members of Romanian organisations clashed with gendarmes as Hungarians formed a human chain at the location. The events follow other tense moments in mid-May, during the campaign for EP elections. 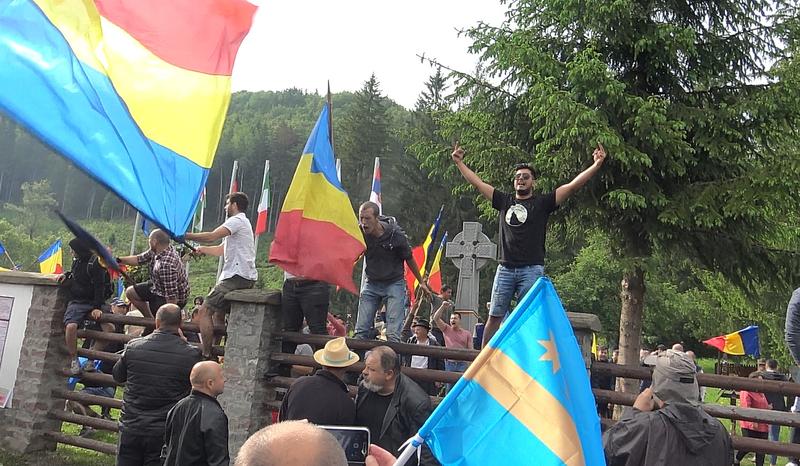 The cemetery at Uzului Valley is disputed by the counties of Bacau, which is populated mostly by ethnic Romanians, and Harghita, home of a large ethnic Hungarian community. As Hungarians convened to pray and form a human chain around the cemetery, groups of nervous Romanians showed up. They clashed with the gendarmes, hit at ethnic Hungarians and chanted profanities and nationalistic messages.

Tensions there started last month, as the town hall of nearby Darmanesti town decided to place dozens of crosses for Romanian heroes at the cemetery, where people of many nationalities, who died during the two world wars, are buried.

Those crosses were later covered with black bags by several Hungarian citizens. Following the events, the county council of Harghita decided on June 3 that visits at the cemetery would be possible one hour per week.

Several Romanian associations announced plans to visit the cemetery to commemorate Romanian soldiers on June 6, a day dedicated to Romanian heroes. Following the announcement, Senator Tanczos Barna of the Hungarian Democrats (UDMR) party announced that members of the Hungarian community in the counties of Harghita and Covasna would organise a "peaceful" protest at the cemetery.

This is what happened on June 6 (in Romanian):