Romania's Interior minister Nicolae Moga announced his resignation on Tuesday, after only 6 days in office. His resignation comes less than an hour before a session of the Supreme Defence Council (CSAT), which he was due to attend, on the "Caracal case" in which a teenage girl was murdered as authorities failed to respond to her calls for help. 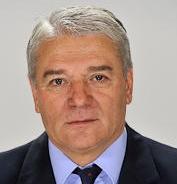 Moga was due to present a ministry report on the case at the CSAT meeting today.

He said he made the decision to resign following talks with PM Viorica Dancila.

Last week, he was named in an office previously held by Carmen Dan, who was seen as very close to former leader of the governing Social Democrats (PSD) Liviu Dragnea, who was sentenced for corruption earlier this year.