An inquiry within the police structures in Galati, Eastern Romania has been launched after two police officers there were filmed refusing to intervene to help a bloodied girl who was believed to be a rape victim, according to news agency Mediafax. The case, which prompted positions from central authorities, deals a new blow to the Romanian police, in wake of the national outrage caused by a murder case in Caracal over the past two weeks. 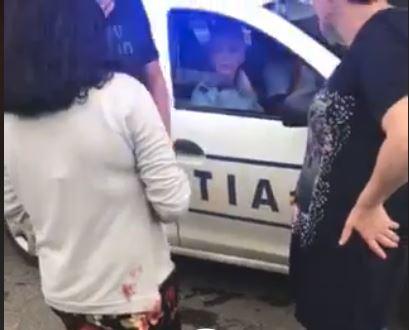 Disciplinary inquiries were ordered on the two police officers in Galati, according to a local police spokesperson. And interim Interior minister Mihai Fifor announced he ordered investigations on the two, calling their attitude "inadmissible".

Images filmed this weekend and published on Facebook show the two officers sitting in their police car despite that before them was a child covered in blood and in a state of shock. People around them ask the police to help the girl, but they refuse to get out of the car, despite being pressed to do so. The victim appears to be terrified and refuses to speak to those who come and help her, while the police officers witness the whole scene passively.

The case comes as the Interior ministry, along with other key institutions of the state, have been blamed for failing to intervene and save a girl who was kidnapped, raped and murdered in the town of Caracal, South Romania in late July, as the suspect murderer has confessed. He also confessed of murdering another girl who had went missing in spring.

The Caracal case, with the failure of authorities to intervene in due time, to show any sort of support to the victim when she called emergency number 112 repeatedly, and to properly investigate the case have led to accusations of Romania becoming a "failed state" that cannot protect its citizens. Several ministers and other top officials have been sacked or resigned since then.​